You Have Only One Shot

The present pluralistic climate that prevails in American culture has disastrous implications. To suggest that all religions, all ideologies, all philosophies, and all beliefs are of equal validity, and ought to be tolerated as such, is to generate social anarchy and the destabilization of society that can end only in national suicide. Unless a single value system remains substantially intact in any given civilization, that society will lack the necessary “glue” to hold together. But even more tragic are the eternal implications for those who reject the truth regarding the only moral and spiritual reality, i.e., the Christian system.

For example, take the notion of reincarnation, a belief that permeates Hinduism, Buddhism, and New Age philosophy, and thus characterizes the thinking of upwards of two billion people (for brief discussions of reincarnation, see Valea, 2006; “Recarnation,” 2007). Here is a sinister doctrine that robs those masses of their one and only opportunity to prepare for afterlife. Reincarnation is the idea that at death, all human souls (according to some, animals as well) simply “recycle” into another body on Earth, and that this rebirth process is repeated over and over again until the individual eventually reaches the ultimate spiritual condition—nirvana and enlightenment.

Such a viewpoint inevitably must bring a sense of false comfort to the individual who embraces it. He or she naturally is not overly concerned with moral behavior and life choices. After all, multiple opportunities to live life over again are forthcoming. Herein lays the tragedy. The fact of the matter is that a human being has but “one shot” at life (Miller, 2003). Every person lives but one life on Earth and then must face death and Judgment (Hebrews 9:27). At death, a person’s spirit enters the Hadean realm to await the final Judgment and is unable to return to Earth (read Luke 16:19-31; cf. Miller, 2005). Consequently, it is absolutely imperative for every human being to examine God’s Word (the Bible) to ascertain how life is to be lived in view of eternity (cf. Butt, 2003). Millions of people literally are squandering their one and only opportunity to prepare themselves to secure everlasting happiness, and so will be consigned instead to everlasting torment (Matthew 25:31-46). Any doctrine that softens a person’s will to be conscientious regarding morality and behavior is a sinister doctrine that ought to be exposed and repudiated (Ephesians 5:11; 1 John 4:1).

[NOTE: For an audio sermon on what happens when we die, click here.] 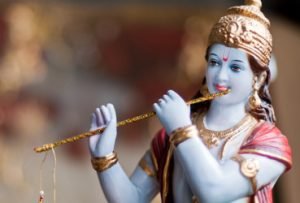 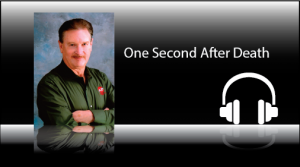