[Editor’s Note: A.P. auxiliary staff writer Dr. Bryant holds degrees from Lipscomb University (B.A. in History, M.A. in Bible), Reformed Theological Seminary (M.A.), and a Ph.D. in Biblical Studies with an emphasis in Old Testament from Amridge University. He has done additional coursework in Biblical and Near Eastern Archaeology and Languages from Trinity Evangelical Divinity School, and participated in archaeological excavations at Tel El-Borg in Egypt. He holds professional memberships in the American Schools of Oriental Research, the Society of Biblical Literature, the Archaeological Institute of America, and the International Society of Christian Apologetics.]

Charges of plagiarism are quite common among critics of Christianity. Christians may hear claims that their faith rests on a religion entirely borrowed from older faiths and mythologies. Often described as a relative late-comer to the religious scene, Christianity is alleged to have borrowed from a wide array of mythological traditions. Upon closer examination of the facts, claims of this nature are often baseless and sometimes even fraudulent.

One of the so-called “savior gods” of the ancient world is the Hindu deity Krishna. Mythicists (those who believe Jesus is nothing more than a mythical figure like Zeus, Thor, Ba’al, etc.) claim the existence of unmistakable parallels between Krishna and Jesus in the original sources. These parallels are so strong, they argue, that the only rational conclusion is that the Gospel writers recorded a tradition about Jesus that was deeply influenced by, or even plagiarized, Hindu beliefs.1

Although the description of similarities between the two persons sounds as if some connection exists, problems quickly begin to mount once readers consult the original texts. How well do these alleged parallels stand under closer scrutiny? Very poorly. Let us consider some of the most common claims found in sources from published books and articles to information on the Internet.

A popular author who made similar claims to those above is the late Dorothy M. Murdock (also known by her pseudonym “Acharya S”). Her book Suns of God: Krishna, Buddha and Christ Unveiled includes a litany of supposed parallels between Christian and Hindu beliefs. Although her work is hailed by her uncritical supporters and other non-specialists as a work of unparalleled scholarship, scholars dismiss her work as the stuff of crass invention. When asked about the supposed crucifixion of Krishna, Dr. Edwin Bryant, professor of Hinduism at Rutgers University, stated, “That is absolute and complete non-sense. There is absolutely no mention anywhere which alludes to a crucifixion.”13 Murdock also claims that a number of other Hindu gods were depicted as crucified. Bryant again responded, “There are absolutely no Indian gods portrayed as crucified…. If someone is going to go on the air and make statements about religious tradition, they should at least read a religion 101 course.”14

A common problem found in the work of militant critics is the failure to adequately understand the beliefs of the religions they oppose. Critics can be inexcusably careless in their descriptions, making ancient religions appear more similar than they really are. This is often done by describing non-Christian elements of other religions using Christian vocabulary, and then marveling at the similarities between the two. In some cases (especially authors from the 19th and early 20th centuries), these parallels were made using vague interpretations, supported by evidence which was poorly understood and likely fabricated.

Despite claims to the contrary, the story of Christ in no way plagiarizes the story of Krishna. To argue otherwise is to twist and distort the teachings of both Christianity and Hinduism. 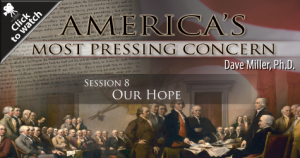 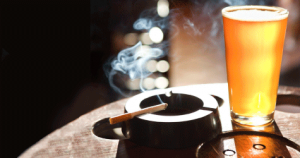