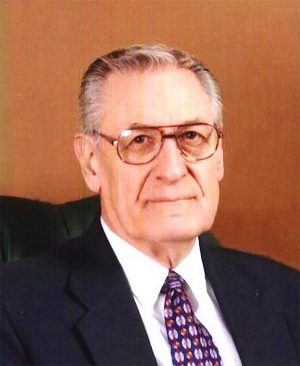 THE LOVE OF GOD AND ENDLESS PUNISHMENT

It should be noted that each of these authors pits the love of God against the concept of endless punishment. Travis emphasizes in a special way that he is speaking of the “love of God in Christ” (emp. added). The others quoted would likely agree, since nearly all who study Jehovah God would concur that the fullest measure of His love was expressed in sending Christ to redeem men. In short, the objection is encapsulated in the concept that the God Who loved man enough to give Jesus to save him cannot be the same God who would consign disobedient men to eternal torment. This latter “god” must, therefore, be one that men have made up in their minds as a result of misunderstanding the passages that describe hell.

THE LOVING JESUS ON ETERNAL PUNISHMENT

Indeed, it is true that God “so loved the world that He gave His only begotten Son” (John 3:16). And it was not just the Father Who loved us; the Son loved us and made His own decision to “give Himself up for us” because He walked “in love” also (Ephesians 5:2; cf. John 10:18).  And it is also true that His greatest emphasis as He preached on Earth was on God’s love: “For God did not send the Son into the world to judge the world, but that the world through Him might be saved” (John 3:17). However, in the same discourse two verses later, Jesus speaks plainly about judgment: “This is the judgment, that the light is come into the world, and men loved the darkness rather than the light; for their deeds are evil” (John 3:19). The “judgment” to which He refers undoubtedly includes hell. In fact, David Pharr was very much on target when he wrote,

What will seem paradoxical to many people, however, is that this same Jesus [who was so loving] had much to say about eternal punishment. The most loving man that ever lived said more about hell than anyone else in the Bible. Indeed, the One who is himself divine love gives the most terrifying of all references as to the horrors of perdition (2005, p. 5).

Notice the dilemma of the authors quoted at the beginning of this article. They would contend God’s great love and eternal punishment cannot consistently dwell together. In fact, notice that Wenham said eternal punishment is “a doctrine which I do not know how to preach without negating the loveliness and glory of God” (p. 135). But his problem is that the same Jesus that He construes to be only about love also frequently preached on eternal punishment. Jesus knew how to “preach” “endless punishment” and that “without negating the loveliness and glory of God.” Maybe Wenham just needs to look at and listen to Jesus more carefully!

In fact, listen to some of what the loving Jesus said about hell (Gehenna):

Indeed, the loving Jesus says a lot about hell (Gehenna)! In still other passages in which the word Gehenna is not used, He makes obvious reference to it. Observe how He describes it. In Matthew 8:12, He says that the “sons of the kingdom” who turn to disobedience “shall be cast out into the outer darkness [away from Christ—the Light of the world—EE]; in that place there shall be weeping and gnashing of teeth.” In Matthew 10:15, Jesus makes it plain that “those who are cast into hell” will undergo a less “tolerable” fate than the infamous cities of Sodom and Gomorrah. The lot of those in hell will be worse than being burned up! In Matthew 22:13, Jesus again says that those who are judged to be disobedient will be cast into “outer darkness; in that place there shall be weeping and gnashing of teeth.” Undoubtedly, “weeping and gnashing of teeth” indicate a great degree of misery. In Matthew 25:4, Jesus describes those who are condemned because they are disobedient as going “into the eternal [Greek aiōnion) fire which has been prepared for the devil and his angels.” Later in that discourse (Matthew 25:46), He says the disobedient will “go away into eternal punishment (kólasin aiōnion).”

BUT, DOES JESUS SPEAK OF ENDLESS PUNISHMENT?

From Jesus’ descriptions of hell (Gehenna), it is clear it will not be a very desirable place.  But, those scholars quoted at the beginning of this lesson would say their objection is not to hell (Gehenna) as such, it is to hell as a place of unending, everlasting torment. That is the aspect they say absolutely cannot be reconciled with the love of God.

As noted above, Christ says the disobedient will “go away into eternal punishment (kólasin aiōnion); but the righteous into eternal life (zōēn aiōnion)” (Matthew 25:46). Respected Greek scholar A.T. Robertson notes that some scholars would try to limit the duration of the punishment described in this passage. But note his very insightful response:

The word kolasin comes from kolazō, to mutilate or prune. Hence those who cling to the larger hope use this phrase to mean age-long pruning that ultimately leads to salvation of the goats, as disciplinary rather than penal. There is such a distinction as Aristotle pointed out between mōria [vengeance] and kolasis [punishment]. But the same adjective, aiōnios [eternal], is used with kolasin [punishment] and zōēn [life]. If by etymology we limit the scope of kolasin [punishment], we may likewise have only age-long zōēn [life]. There is not the slightest indication in the words of Jesus here that the punishment is not coeval with the life (1930, 1:201-02).

The truth is, Jesus taught that punishment will be endless. [NOTE: For an extensive discussion on biblical terms related to the eternality of hell, see Lyons and Butt, 2005.]

D.A. Carson is correct when he points out that it is foolish to say that eternal punishment and the person and teaching of the loving Jesus cannot be reconciled. In fact, he asks, “Should it not be pointed out that it is the Lord Jesus, of all persons in the Bible, Who consistently and repeatedly uses the most graphic images of hell?” (1996, p. 530, emp. added). Another well-known Protestant scholar, Leon Morris, helpfully concludes, “Why does anyone believe in hell in these enlightened days? Because Jesus plainly taught its existence…. He spoke plainly about hell as well as about heaven, about damnation as well as salvation” (1991, p. 34).

THE REAL PROBLEM IS HUMAN PRESUMPTION

But what is the real problem that causes some to reject endless punishment? It appears to be the same problem that Job had in the long ago. He mistakenly believed that all suffering was due to disobedience and he at first maintained that he had not sinned (at least not in a high-handed way). Therefore, he was tempted to conclude that the God of heaven was unjust and unkind. He, without fully realizing what he was doing, pretended to judge God’s actions. When God finally spoke with him, He asked Job a whole series of questions and Job could not answer even one of them. As Michael Brooks rightly says, though God’s answer “occupies four of our chapters, the argument is essentially finished after four verses” (1992, p. 147).  God says Job was speaking “words without knowledge” (Job 38:2) and asks him where he [Job] was when He “laid the foundation of the earth” (38:4). God asked Job many other questions for which Job had no answer. Job finally accepts that he had “declared that which he did not understand” (42:3), and then he says “I repent in dust and ashes” (42:6). He says this because he finally understood that God’s things “were too wonderful” for him to comprehend (42:3). He had been presumptuous (too proud and self-confident). How, indeed, can a finite being who can’t even see a millionth part of God’s Universe tell the great God who created it all how to define justice like Job tried to do? And, likewise, how can a miserable human who is guilty of sin—spiritual crimes—tell the God Who made him how long punishment can continue without becoming unloving? God forbid that we should be so presumptuous! Let us instead say to God with Job, “I will ask You, and You instruct me” (Job 42:4).

WE MUST LET GOD DEFINE HIMSELF

Now, following that path of His revelation of Himself, I learn that God is not just love, He is also a God of wrath. Indeed, “He who believes in the Son has eternal life; but he who does not obey the Son shall not see life, but the wrath of God abides on him” (John 3:36, emp. added).  As Paul puts it, we should keep in mind “both the kindness [love–EE] and severity [wrath–EE] of God” (Romans 11:22). It is as the scholar J. Gresham Machen says,

The New Testament clearly speaks of the wrath of God and the wrath of Jesus Himself; and all the teachings of Jesus pre-suppose a divine indignation against sin. With what possible right, then, can those who reject this vital element in Jesus’ teaching and example regard themselves as true disciples of His? The truth is that the modern rejection of the doctrine of God’s wrath proceeds from a light view of sinwhich is totally at variance with the teaching of the whole New Testament and of Jesus Himself (1923, p. 12, emp. added).

God and Christ are not as uninspired men think they are. They are as they tell us they are through those inspired menwho were guided into “all truth” (John 16:13).

[T]his widely disseminated belief in the love of God is set with increasing frequency in some matrix other than biblical theology…. I do not think what the Bible says about the love of God can long survive at the forefront of our thinking if it is abstracted from the sovereignty of God, the wrath of God, the providence of God, or the personhood of God—to mention only a few non-negotiable elements of basic Christianity. The result, of course, is that the love of God in our culture has been purged of anything the culture finds uncomfortable. The love of God has been sanitized, democratized, and above all, sentimentalized (2000, p. 9; emp. added).

May God help us to accept our Maker as He is presented in the inspired Word, rather than making up our own version of Him. Our very soul depends on it.

*First presented and published as a part of the Freed-Hardeman University lectureship, February 2007. 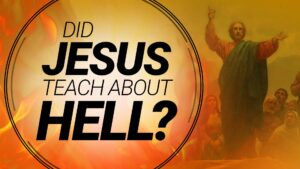 Did Jesus Teach About Hell?