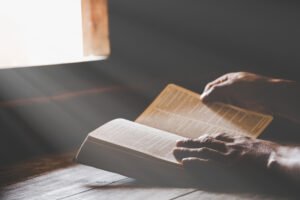 "But sanctify the Lord God in your hearts, and always be ready to give a defense to everyone who asks you a reason for the hope that is in you, with meekness and fear."

In the late 1970s, there was a need to make available more scripturally sound and scientifically accurate materials in the field of Christian apologetics. The idea for Apologetics Press was born—an idea that soon became a reality. The necessary legal steps then were taken to allow the work to be recognized as non-profit and tax-exempt by both State and Federal governments. In 1985, Apologetics Press moved into its own custom-built, 11,000-square-foot building that was debt free upon completion. Financial records are managed by certified public accountants, who also submit to the appropriate agencies all documentation required by State and Federal law.

The following principles of truth are accepted by those who actively participate in the work at Apologetics Press: