It’s not difficult to understand, but many people have a hard time accepting it: according to the Bible, God made all animals on days five and six of Creation. Included in God’s creation on day five were dinosaur-like, flying reptiles (as well as dinosaur-like, water-living reptiles). Then on day six, God made all land animals, including dinosaurs. [By definition, all dinosaurs were land-living animals.] So, the simple truth of the Bible is that all dinosaurs and dinosaur-like reptiles were made along with everything else “in six days” (Exodus 20:11). Indeed, Adam and Eve and many of our other ancestors once lived on the same planet as T. rex, Pteranodon, and Pterodactyl.

Dinosaur-like, flying reptiles (called pterosaurs) were first discovered in the fossil record and correctly interpreted as flying creatures in the early 1800s. Prior to that time, there is no evidence of anyone excavating and reassembling such fossils into accurate representations of these animals. Pterosaurs were simply unknown in the fossil record until about 200 years ago. (What’s more, the word “dinosaur” did not exist until the 1840s. The term is less than 200 years old!)

The 1800s were thousands of years after Creation. If dinosaurs and pterosaurs were actually created by God on days five and six of Creation, what kind of evidence might be “left behind” by ancient peoples? Let’s answer that question with another question: when you see something close-up that is quite amazing (such as a shark in the ocean or a grizzly bear in a mountain stream), what do you do the next time you see your friends? You tell them all about what you saw. It’s possible that the story of your encounter becomes a little exaggerated over time (as you tell family and friends, and as they, in turn, tell others). But part of the evidence for the existence of sharks and bears is found in the many people around the world who have seen them, interacted with them (however so dangerously), and told others about their experiences.

So what does this have to do with dinosaurs and pterosaurs? Simply that long before people began learning about them from the fossil record, people were talking about them. They didn’t call them “dinosaurs” or “pterosaurs” (since those words did not exist before the 1800s). They called them “dragons” (from the Latin word “draco” and the Greek “drakon”). A variety of  “dragon” accounts go back thousands of years and have been passed down from cultures all over the world. Many of these stories were no doubt embellished over time, but consider some of the common characteristics of these animals: 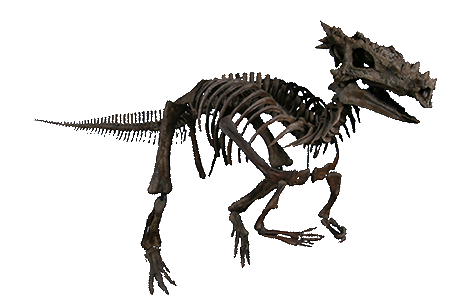 What do these ancient descriptions sound like? Everyone knows they sound like dinosaurs or pterosaurs. In fact, a number of dinosaurs and pterosaurs that have been unearthed in recent years have been given names that include the Latin or Greek terms for dragon—including Dracoraptor, Dracorex, Cryodrakon, and Ferrodraco. Various scientists have given names to dinosaurs and pterosaurs that include the term “dragon” because they know that the physical descriptions of certain dragons and dinosaurs sound alike. In fact, when a dinosaur was dug up in South Dakota in 2003, the scientists bluntly stated, “It’s a new type of dinosaur that looks like a dragon.”

In 2007, evolutionist Ker Than admitted the following: “Of all the creatures that ever lived, pterosaurs probably most closely resemble the dragons of European legend. Reptilian and featherless, pterosaurs flew on wings of hide that were supported by a single long and boney finger. The smallest pterosaur was the size of a sparrow, while Quetzalcoatlus—named after the Aztec god—had a wingspan of more than 40 feet, making it the largest flying creature ever.”

Kids, think critically about this:

Such truths are exactly what we would expect to find if humans ever lived with dinosaurs and pterosaurs.