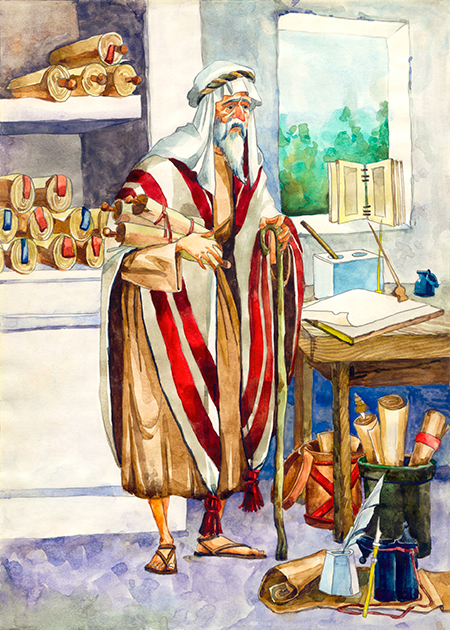 A scribe in Bible times was a professional writer who copied government documents, business transactions, or, most important, the Scriptures. Scribes could be described best as a combination of lawyers, teachers, and students. Since many people in the first century did not know how to read and write, the work of a scribe was very important.

The scribes consisted mostly of Pharisees. They were considered experts in the law since they copied it so much. People looked to them for answers concerning the Law, which meant that they were very influential in the Jewish culture.

When Jesus began His public ministry, the scribes became very jealous and joined in with Jesus’ other enemies to try to discredit Him publicly. They even played a part in persecuting Jesus and eventually in having the Son of God crucified.

Jesus mentioned the scribes several times throughout the gospel accounts, and He was often displeased with their behavior. He once said, “For I say to you, that unless your righteousness exceeds the righteousness of the scribes and Pharisees, you will by no means enter the kingdom of heaven” (Matthew 5:20). Jesus obviously did not think highly of the scribes or His other enemies.