Have you ever heard of a monk? How about a monastery? Can you imagineliving your life away from any civilization with no personal possessions and having no interaction with anyone from the outside world? You might be surprised to learn that there was a group of Jews in the time of Jesus that was very similar to what we today would call monks. 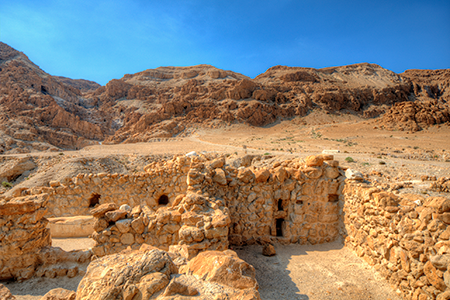 This group was called the Essenes. The Bible actually does not mention the Essenes, but we have learned from other ancient writers that these people were a group of Jews who lived an extremely isolated life. They were strict, and they would not allow just anyone to join them. In fact, there were only about 4,000 Essenes in the time of Christ. They did not own any private property, and whatever they had before they became Essenes was given to their brotherhood. Some of these groups were so strict that they did not allow their members to marry.