Who's the Horse's Uncle? 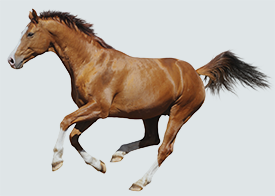 Sadly, you just cannot believe everything you hear in science class. Some people will use just about anything in their attempts to prove evolution, even if their “proof” is no proof at all. Maybe they just hope it supports their belief. Maybe they know the truth and are willing to lie about it to get others to believe in their idea. Or maybe they believe their “proof” really supports their idea because someone they respect told them it does, or perhaps because they have not seen the evidence that goes against it. Whatever the reason, many science textbooks today teach error regarding where animals came from. Evolutionists who do not believe in God want to find proof that animals originated and evolved on their own without the need for God. Many will believe almost anything they run across that might support this false teaching—regardless of how farfetched their idea is.

Several decades ago the American Museum of Natural History in New York City put together an exhibit showing what they believed was the history of horse evolution from a fox-like creature known as Hyracotherium(HY-rak-o-THEER-ee-um) to the present day horse—Equus(EH-kwis). The fossils they used, however, were gathered from all over the world and did not even fit together! 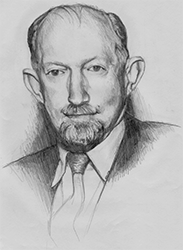 What’s more, the fossilized creatures had different numbers of ribs and vertebrae—proof that they could not have evolved from one another. Many evolutionists have gradually come to admit this and have given up on the idea that the fossils prove how horses evolved. Famous evolutionist George Gaylord Simpson said that “the uniform, continuous transformation of Hyracotheriuminto Equus, so dear to the hearts of generations of textbook writers, never happened in nature.” In spite of this, some textbooksstill teach this false idea.

The truth is, evolutionists will never be able to find what they need to prove the theory of evolution, no matter how hard they try or how long they look. Why? Because the theory of evolution is false. The truth is, the horse did not evolve over millions of years. God created it “according to its kind” (Genesis 1:24). Remember to “test all things; hold fast what is good” (1 Thessalonians 5:21) before believing everything you read in your science book.