Cosmic Evolution asks us to believe that the entire Universe just…happened; that everything came from nothing. But can something like that actually happen? Let’s consider an illustration: Imagine a young girl asking her parents, “Can I be Supergirl for Halloween?” The parents might say, “Sure, we can get you a costume.” In that case, their answer to her would seem to be “Yes.” But what if the girl responded by saying, “No, I mean I want to actually be Supergirl for Halloween. I want to be invincible; I want to fly; I want heat vision.” Their answer to that would have to be “No.” But why? Is it because this girl’s parents are mean, cruel, and hate superheroes? Not at all. It is because it is physically impossible for their daughter to be Supergirl. In fact, in the real world (spoiler alert)…even Supergirl isn’t Supergirl.

Those parents would have to explain that there are natural laws in place that will simply not allow a person to fly, to become invincible, or to have heat vision, regardless of whether her parents are willing to give their permission.

This simple illustration gets to the real heart of understanding the origins of the Universe. Evolution claims that everything came from nothing (usually explained by something called “The Big Bang”), and the Bible tells us that God created it all in six literal days (Genesis 1). Both of these scenarios are naturally impossible, based on several observable and accepted scientific laws. One of these laws is called the Law of Cause and Effect, which tells us that every natural effect must have an adequate cause. As a matter of observable fact, there are no natural/material effects without adequate causes; they simply do not exist.

Here is a simple example: if a chair is not placed in an empty room, the room will remain without a chair…until someone puts a chair in the room. Chairs don’t just appear in a room. Every rational person in the world would agree with this statement. This simple illustration demonstrates the problem with saying that our massive, intricate, well-designed Universe was simply an effect without a cause. There is zero evidence to support this theory.

On the other hand, when the Bible tells us, “In the beginning God created the heavens and the Earth” (Genesis 1:1), we are being told about something that happened outside of the natural world and is, therefore, not bound by the Law of Cause and Effect. Since God is supernatural and not material (John 4:24), He is the only reasonable explanation for the existence of the Universe.

We need to remember something that the apostle Paul wrote to the Ephesian Christians: “For we do not wrestle against flesh and blood, but against the rulers, against the authorities, against the cosmic powers over this present darkness, against the spiritual forces of evil in the heavenly places” (Ephesians 6:12). In other words, people are not the real problem, and we should do our best not to develop an “Us vs. Them” mindset that can create unnecessary barriers or obstacles.

The truth is, God loves everyone, and wants everyone to come to obedient faith in Him (2 Peter 3:9), and so should we. This would include those who believe in and teach evolution, wouldn’t it? Because of God’s desire to see these people repent of this false teaching, it might be helpful to stop seeing the people who believe in evolution and simply try to see what they believe. What if we looked at the teachings of evolution as the “Bad Guys” and we realized that, in order to “defeat” them, we simply need information, evidence, Scripture, patience, and love?

For example, when it comes to the origins of the Universe, we are simply against the idea that everything—including life itself—came from nothing; we are not against the people who teach this idea. What if we came up with a group of “Bad Guys” that represented this idea and then we learned what we need to know in order to answer it? Maybe this kind of approach would help us separate the person from the belief and teachings.

This is the idea behind the new VBS material that will be available next year (2023). We are calling it:

OPERATION: CREATION – DEFENDING THE FOUNDATIONS OF THE UNIVERSE.

As a preview, we want you to meet the first group of “Bad Guys” that represent what evolution teaches about where the Universe came from. We are calling them… DOCTOR ZERO & THE L.O.O.N. SQUAD [Life Out Of Nothing]

In the OPERATION: CREATION VBS, we will explore the information, evidence, and Scriptures that we will need in order to “defeat” each group of “Bad Guys.” We are also going to meet the DEFENDERS (our “Good Guys”), who will help us “defeat” these wrong ideas.

Each lesson in this VBS will introduce a different group of “Bad Guys” who will represent a category of evolutionary teachings, and a group of DEFENDERS who are necessary to “defeat” them.

Be on the lookout for more information about

OPERATION CREATION: DEFENDING THE FOUNDATIONS OF THE UNIVERSE 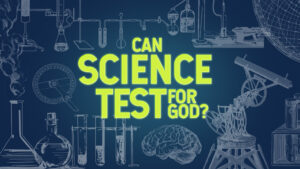 Can Science Test for God? 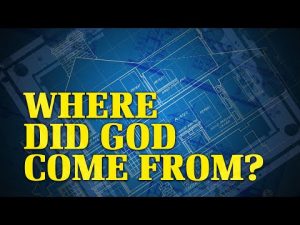