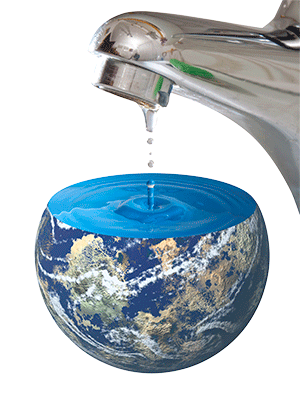 When seen from space, Earth has a blue appearance. This has led many to call it the “Blue Planet.” The reason for this is that about 75% of the entire area of the Earth is covered by water. That figure is important because it helps to show that the Earth was designed by God, and is not the result of mindless evolution.

You may have seen in the movies or read in books how the temperature in the desert can be pretty severe. It can be extremely hot during the day, and then quickly turn extremely cold during the night. If the whole Earth had such drastic temperature changes, it would not be a very good place for humans to live. However, most of the Earth does not have this problem, due in large part to the fact that the Earth has so much water on it. This makes it a perfect environment for life to exist—proof that it was designed for a purpose by God.

Water has an amazing property which makes it handy to have around for keeping temperatures from getting too extreme. In scientific terms, it has what is called a high “specific heat capacity.”  That means that water can hold a lot of heat—way more than almost any other natural substance on Earth. Water can store a lot of heat or lose a lot of heat without its temperature being drastically changed. So, it acts like an air conditioning unit for the Earth, keeping its temperature relatively constant. It does the same thing for our bodies, which are made up of about 50-70% water. If we live close to a large body of water (and much of the world does), then it takes a lot more heat or cold (a lack of heat) to significantly change the temperature than if we lived away from areas that have a lot of water—like in deserts 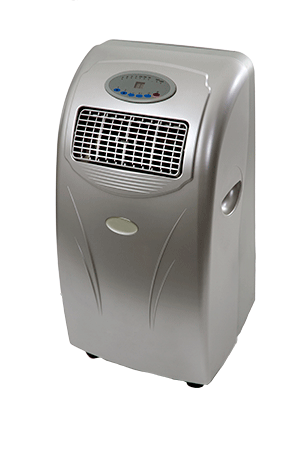 Some would have you to believe that there is no God—that everything we see in the Universe came about on its own by accident. But when we look at the amazing air conditioning system with which the Earth and our bodies are equipped, it is clear that such a thing could not have come about on its own. God designed our planet and our bodies perfectly to keep us alive for as long as we need them in order to do His will.