No, the story of “Jack and the Beanstalk,” with its 100-foot-tall giant, is not true. But that doesn’t mean there haven’t been very large humans that have walked the Earth in the past. The ultimate proof for such giants comes from the Bible. After leaving Egypt and before entering the Promised Land, the Israelites sent 12 men into Canaan to investigate what they were up against. After the 12 spies returned from studying Canaan, they gave a report to the Israelites. After the Israelites listened to the spies and refused to trust and obey God to conquer the land of Canaan, God punished them by making them wander in the wilderness for 40 years. Moses reported on their travels, mentioning giants who had been in certain areas in the past. 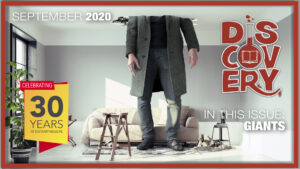