On Tuesday, September 11, 2001, a horrible tragedy shocked the United States when terrorists attacked the World Trade Center and the Pentagon. Amidst the tragedy, a rumor circulated that Nostradamus, a supposed fortuneteller who lived about 500 years ago, had predicted the events. Websites with information on Nostradamus received millions of hits. After all was said and done, the rumors had been false. But it was obvious from the public’s response that anyone who can accurately predict the future is more than just a little special. The prophet Jeremiah wrote: “Who is he who speaks, and it comes to pass, when the Lord has not commanded it?” Lamentations 3:37 The prophet’s point was clear: nobody perfectly and consistently foretells minute details of the future unless God informs him of it. Therefore, if the Bible accurately predicts the future, we can know that it is from God. When we look to the Bible for evidence of predictive prophecy, we find it in abundance.

The Bible and Prophecy 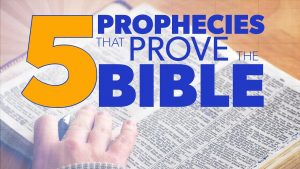 5 Prophecies that Prove the Bible | Proof for God 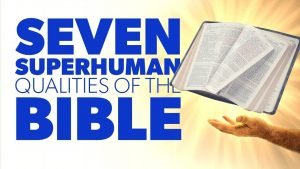 7 Superhuman Qualities of the Bible | Proof for God