Picture a huge dorsal fin slicing through the water speeding toward a school of fish. When wethink of sharks, we often imagine very large, fast-swimming predators that can catch and eat just about anything. In fact, many kids, as well as adults, love to watch Shark Week when it comes on TV each year, because sharks are so interesting and fascinating. Very few creatures can capture our attention (or an unsuspecting fish) quicker than the shark.

There is good reason for our fascination with sharks. They are some of the most remarkable animals on the planet. Sharks are fish that have no bones. Their bodies are made of cartilage. Cartilage is the durable, but flexible substance that composes your nose and ears. Cartilage is less dense and weighs less than bone, which allows sharks to swim extremely fast. The mako shark can reach speeds of over 40 miles per hour. 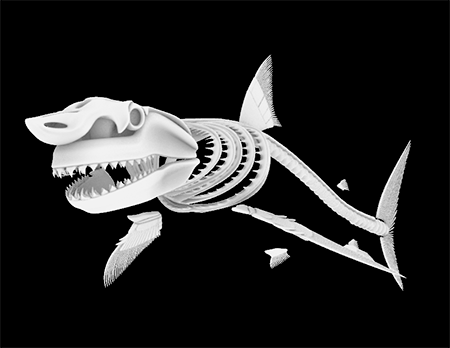 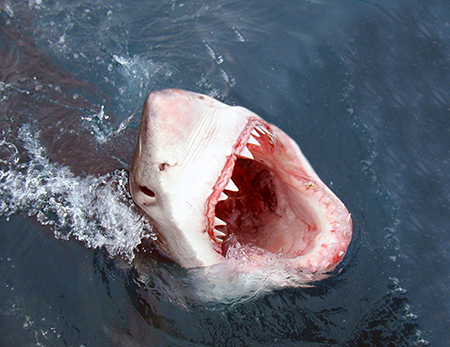 Who can think of sharks without picturing their huge jaws full of pointed, serrated teeth? Sharks can have as many as 50 teeth in their mouths, arranged in several rows. Unlike human teeth, shark teeth are not anchored in the jawbone; they connect directly to the gums. This means that they fall out much more easily. Not to worry, though, because they replace these lost teeth constantly throughout their lives. Some sharks can replace all the teeth in their mouths every 10 days. And some super-toothy sharks can grow as many as 30,000-50,000 teeth over the course of their lifetime. That is why so many shark teeth wash up on the beach.

Many of us picture huge great white sharks or swift swimming mako sharks, but there are more than 400 different species of sharks (you can read about a few of them in the next article). Most sharks live about 25 years. Some species, such as the spiny dogfish can live to be 100, but scientists believe that the Greenland shark can live much longer. In fact, scientists believe one Greenland shark lived more than 270 years, making it one of the oldest living animals on record. 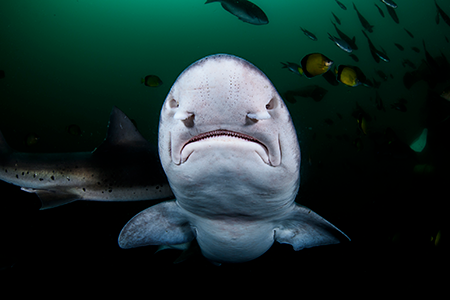 Sharks have excellent sight and smell, but they also have another sense that enables them to be perfect predators. Along their noses and faces, sharks have special pores call ampullae (AM-puh-lay) of Lorenzini. These features allow them to detect electromagnetic impulses in the water. You may be wondering what type of electricity they can detect in water. Living organisms produce various degrees of electromagnetic impulses. Using their ampullae of Lorenzeni, sharks detect the impulses that fish and other prey send in the water. By doing this, sharks can find food that they cannot see or smell. Sharks can detect fish that burrow under the sand in an attempt to escape.

One funny thing that can happen to a shark is something called tonic immobility. Because of the way sharks are designed, they can be flipped over on their backs in the water. If researchers know just where to rub on the underside of a shark, it will send the shark into something like a coma, where the shark becomes totally still. Researchers can then take measurements and perform research activities on the shark without it thrashing around in the water. As cool as this is, I would not suggest trying it on any sharks you might encounter.

If you have watched shows about sharks, or read books about them, then you know that many people say that sharks evolved over millions of years. This simply cannot be the case. Sharks are very well designed. It is a fact that anything that is designed had to have a designer. There are still many things about sharks we don’t know. Only an all-powerful God could create such an amazing animal that humans are still trying to figure out. “So God created great sea creatures and every living thing that moves, with which the waters abounded, according to their kind” (Genesis 1:21).