Even though most Christians in twenty-first-century America recognize that we live in a sex-crazed society, it seems we rarely consider how Divine regulations concerning “sexual relations” are a chief reason why unbelievers reject Christianity. It has long been understood that some unbelievers refuse to accept the Bible as a God-inspired text because it would require them to live according to a set moral standard. Now, author Chaz Bufe has specifically mentioned “sexual misery” as a negative by-product of Christianity, and one of the main reasons why Christ and His doctrine should be rejected. In a pamphlet he wrote titled 20 Reasons to Abandon Christianity, Bufe listed “Christianity produces sexual misery” as reason number ten. He stated:

In addition to the misery produced by authoritarian Christian intrusions into the sex lives of non-Christians, Christianity produces great misery among its own adherents through its insistence that sex (except the very narrow variety it sanctions) is evil, against God’s law. Christianity proscribes sex between unmarried people, sex outside of marriage, homosexual relations, bestiality, and even “impure” sexual thoughts. Indulging in such things can and will, in the conventional Christian view, lead straight to hell (n.d.).

One thing that Chaz got correct is that engaging in sexual relations outside of a lawful marriage is “against God’s law” (cf. Matthew 19:1-10; 1 Corinthians 6:9-11; Galatians 5:19-21). And, as the writer of Hebrews warned, “[F]ornicators and adulterers God will judge” (Hebrews 13:4; cf. 1 Corinthians 5:10). But who actually are the miserable ones when it comes to sexual relations? Are those who submit to God’s laws on the matter suffering great “sexual misery,” or are the ones who live sexually promiscuous lives the actual ones who experience misery?

Truly, it is the sexually immoral who often suffer from various disorders caused by their licentious behavior. According to the American Center for Disease Control (CDC), more than 65 million people (or 22% of the U.S. population) live with one or more incurable sexually transmitted diseases (“Tracking…, 2004). Those who refuse to abide by God’s laws pertaining to sexual relations risk becoming one of these infected ones, who frequently suffer with lesions, warts, and genital inflammation, and may also experience pain while urinating or during sexual intercourse. Women with various STDs sometimes suffer with pelvic inflammation, cancer, infertility, and can even have problems with pregnancy and childbirth. Bufe contends that “Christianity produces sexual misery,” yet those who live according to God’s standards of morality are not the ones experiencing the debilitating effects of an ungodly, permissive sexual lifestyle.

Granted, the Christian life is not a walk in the park. Jesus’ way is “difficult” (Matthew 7:14). The disciple of Christ is instructed to “deny himself” sinful pleasures (Matthew 16:24) and “imitate” Jesus, the sinless One (1 Peter 2:21-22; 1 Corinthians 11:1). Sexual temptation certainly can be hard to resist, especially as an adolescent. But, the so-called “misery” that Christians go through when resisting the lust of the flesh in no way compares to the misery of the sexually immoral. Abiding by any number of laws can be difficult. One person may constantly get frustrated by having to abide by speed limits, while another may get irritated with various tax laws. People who want to lose weight must set dietary rules for themselves. Following these rules can be very trying (as most all who have tried to lose weight can attest), involving self-denial, self-control, and self-discipline. However, eventually, restricted eating habits will lead to one becoming much healthier. Similarly, the difficulties in restraining oneself sexually in order to comply with God’s laws regarding marriage can eventually lead to a great sexual relationship with one’s lawful spouse, not to mention a stronger relationship with God. What’s more, a child of God has the promise that “God is faithful, who will not allow you to be tempted beyond what you are able, but with the temptation will also make the way of escape, that you may be able to bear it” (1 Corinthians 10:13).

Without question, God’s way concerning sexual relations is the best way, and the right way. The fact that unbelievers list “sexual misery” as one of the top twenty reasons to reject Christianity simply reveals how weak their case really is against Christianity, as well as how easily they overlook problems that arise (e.g., STDs) from living lives contrary to God’s will. 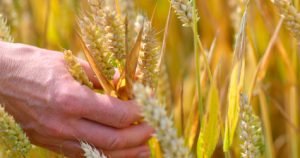