Have you ever had an argument with a close friend? Has it been so heated that both of you ended up being mad at each other for a long time? If you have, you probably know that most of the time arguments are over things that are not really that important. Often, this happens in marriage. When people get married, a man and a woman take wedding vows to promise to “have and to hold, to love, honor, to cherish and support each other until death.” In today’s world, this promise between a husband and wife often is not taken seriously. Millions of people simply say these words because it is tradition, and because they feel it is necessary to have a formal wedding.

Sadly, in 21st-century America, 50% of marriages end in divorce. Divorce is awful because it has bad effects on most of the people that are involved. How sad it is to think that if six of your friends get married someday, three of them might get divorced from their spouses. The Old Testament prophet Malachi taught: “The Lord God of Israel says that He hates divorce” (Malachi 2:16). God also says that “marriage is honorable among all” (Hebrews 13:4). There is only one scriptural reason to get a divorce: if either the husband or wife has sexual relations with someone else. Jesus said: “Whoever divorces his wife, except for sexual immorality, and marries another, commits adultery; and whoever marries her who is divorced commits adultery” (Matthew 19:9). The only other biblical reason for remarriage is when a spouse dies. Paul wrote: “A wife is bound by law as long as her husband lives; but if her husband dies, she is at liberty to be married to whom she wishes, only in the Lord” (1 Corinthians  7:39; read also Romans 7:1-4). 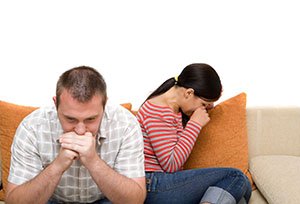 Would it be scriptural for a man to divorce his wife because she always burns the biscuits at breakfast? Certainly not. Is it acceptable to God for a couple to divorce because they do not get along with their in-laws? No. God does not allow people to divorce for just any reason. Nevertheless, divorces are very common in America. They are common because many people are not obeying the Word of the Lord.