It might surprise you to learn that the Bible has a lot to say about how you handle money. Some people think God doesn’t really care about what His people do with money, but that is not the case. There are over 1,100 verses that discuss money and personal finances. About half of all the parables Jesus told had something to do with money. And it is estimated that about one out of every six verses in the New Testament deals with money. If God has so much to say about this subject, it must be very important. The following brief story helps us understand a Christian’s responsibility in regard to money.

Kevin loved the 20thof November. It was his birthday. Today happened to be the 20thof November, and he was turning 12. For the past 11 years his grandmother sent him a birthday card; but not just a plain old birthday card. She gave him 10 dollars—for every year of his life! That meant he was going to get $120 today, if today was like the last 11 years. For two weeks he had been thinking about what he wanted to buy. Amazon had the coolest remote control Hummer. It was “only” $89. If he bought that, he would have a little left to buy a new video game for his Playstation®.

He put his clothes on and rushed downstairs. Just as he expected, the birthday card was waiting for him. His Dad had it in his hands, tapping it on the rail of the stairs.

“Kevin,” said his Dad. “I think I’ve got something you might want.”

“Yes, sir. That looks like my birthday card from Grandma.”

“It sure is, Son. And if I know your Grandma, this is going to be a lot of money.”

“I sure hope so,” Kevin answered with excitement.

Kevin’s Dad handed him the envelope. Kevin took it, opened it, and stared at the cash—six crisp $20 bills. It was the most money he had ever been given at one time. 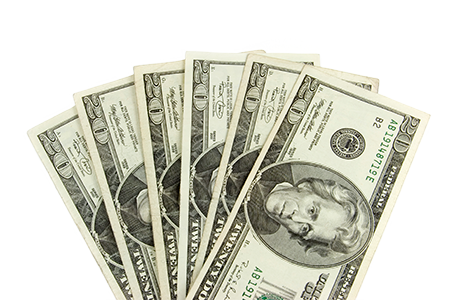 Kevin turned to go back upstairs, but his Dad stopped him.

Kevin had never really thought that God and money had much to do with each other. He was interested in what his Dad had to say.

“Ok, Dad,” said Kevin as he sat down on the couch in the living room.

“Let me ask you a question son. Whose money is that $120 you are holding?”

That seemed like a very silly question. It was his money. His grandmother gave it to him for his birthday. He was surprised his Dad asked such an odd question. He looked at his Dad and said, “It’s my money. Grandma gave it to me.”

Kevin thought for a minute. Was he missing something? He didn’t owe his Dad any of it. Yes, he was confident the money belonged to him.

“I thought you might say that, Kevin. But did you know it’s not your money?”

“I don’t understand,” said Kevin in a puzzled voice. “Whose money is it?”

“The Bible tells us that all things, including all the money in the world, belong to God. In Psalm 50:12 God said: ‘For the world is Mine, and all its fullness.’ When King David was collecting material for Solomon to build the temple, he prayed to God, ‘For all things come from You, and of your own we have given You’ (1 Chronicles 29:14). The money you are holding is really God’s money.”

Kevin thought about that for a minute, and realized his Dad was right.

His Dad continued: “God has given you the money to use, but it does not belong to you. God has made you a steward of His money.”

“What is a steward?” Kevin asked.

“A steward is someone who takes care of something for another person.”

“I think I’m starting to understand,” said Kevin. “Like last year when our neighbors left me in charge of feeding and walking their dog. He wasn’t my dog, but I was taking care of him for someone else.”

“Exactly, Kevin, I think you are beginning to understand.”

Kevin thought for a minute, then asked his Dad, “If this is God’s money, what does He want me to do with it?”

“That’s a great question. Let’s look at what the Bible says.”

Kevin’s Dad picked up his Bible from the coffee table and turned to 1 Corinthians 16:1-2, and read: “Now concerning the collection for the saints, as I have given orders to the churches of Galatia, so you must do also: On the first day of the week let each of you lay something aside, storing up as he may prosper….” “Do you know what that means, Kevin?”

“I think so. That means on Sundays we should give some of our money to God when we meet with the Church.”

“Very good, Kevin. You’re really picking up on this fast.”

“Great question, Kevin. The verse says each person should give ‘as he may prosper.’ That means the more a person has, the more he should give. If a person has $100 and gives as he prospers, then he will give more than a person who has $20.”

“So, how much should I give?” Kevin said thoughtfully.

“Another great question, Kevin. But it is one you have to answer for yourself. In the Old Testament, the Jews were commanded to give at least 10 percent of their income. That would mean you would give $12. But we are not under the Old Testament, we obey the New Testament.”

“Do you understand these verses, Kevin?”

“Well, it seems like the Bible is saying that God blesses us more if we give more. And we should be happy to give and not be sad about it.” 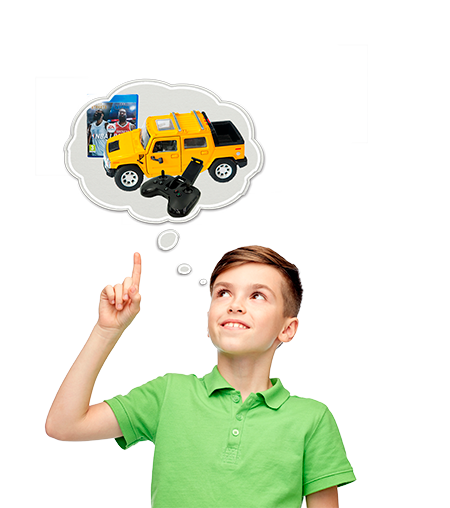 Kevin’s Dad patted him on the back. “That is what these verses are saying. Our lives will be better if we learn to give cheerfully. God knows that the more we give, the happier we will be. Let me show you another verse. Acts 20:35 says: “And remember the words of the Lord Jesus, that He said, ‘It is more blessed to give than to receive.’”

“Kevin, do you understand what Jesus was saying?”’

“Yes, sir. He was saying that getting money and good stuff is fun and exciting, but giving things to God and others who need them makes a person feel even better than getting things.”

Kevin’s dad closed his Bible. “I think you understand quite well, Son. I trust that you will be a good steward of God’s money.”

Kevin went upstairs to his bedroom. After a little thinking, he took $20 out of the card. He decided to give it back to God on Sunday. He used the rest to buy the remote control truck. He had fun jumping ramps in the backyard. And even though he didn’t get that new video game, he felt great about the way he had taken care of the money God had let him use.

Becoming a good steward is an important part of being a Christian. In fact, in Luke 16:10, Jesus said: “He who is faithful in what is least is faithful also in much; and he who is unjust in what is least is unjust also in much. Therefore if you have not been faithful in the unrighteous riches, who will commit to your trust true riches?” Jesus was saying that the way you handle money says a lot about your spiritual life. Let’s decide to give back to God cheerfully so our lives will be blessed like God wants them to be. 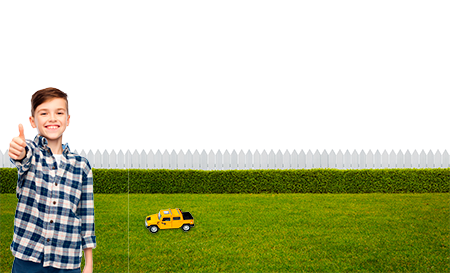