The apostle Paul wrote to a young preacher-friend named Timothy to remind him that his example was very important. Here is some of the good advice that Paul gave Timothy: “Let no one despise your youth, but be an example to the believers in word, in conduct, in love, in spirit, in faith, in purity” (1 Timothy 4:12). Paul also told Timothy, “Pay close attention to yourself and to your teaching; continue in these things, for in doing this you will save both yourself and your hearers” (1 Timothy 4:16, ESV). In other words, Timothy was to work hard at being the best example he could be, so that he could influence others for Christ. This is good advice for all people to follow.

But that wasn’t all that Paul told Timothy. He also said: “I desire…that women should adorn themselves in respectable apparel, with modesty and self-control” (1 Timothy 2:8-9, ESV). Paul, as an apostle of Christ, commanded women to dress modestly. Many women in Paul’s day who were immoral often “dressed the part” (just as women today sometimes do). Paul did not want Christian women to dress in such a way as to suggest that they, too, were immoral. Skirts that are too short, pants that are too tight, or tops that are too revealing are not appropriate for the Christian woman. After all, Christ “gave Himself for us, that He might redeem us from every lawless deed and purify for Himself His own special people, zealous for good works” (Titus 2:14). Christians are to be “peculiar”—not in the sense of being “weird,” but in the sense of being “set apart.” As the psalmist said: “the Lord has set apart for Himself him who is godly” (4:3). Above all things, Christians should be godly! 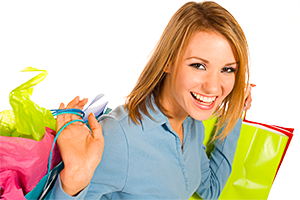 That same principle applies to men, too. In whatever aspects that Paul commanded women to be godly, he wanted men to be just as godly. If women must dress modestly, then so must men. When it comes to being a faithful Christian, we must remember that we are in the world, but we are not of the world (John 17:13-14; 1 John 2:15-17). As James wrote: “Whoever therefore wants to be a friend of the world makes himself an enemy of God” (4:4). Paul said: “Do not be conformed to this world, but be transformed by the renewing of your mind, that you may prove what is that good and acceptable and perfect will of God” (Romans 12:2).

Modest apparel is always “good, and acceptable, and perfect.” As Christians, we should be, too!