Characteristics of Those Created In God’s Image

The Bible tells us that God made man and woman on the sixth day of the Creation week (Genesis 1-2). God carefully designed everything that He created, but men and women had a “special” trait that no animal (or plant) possessed.

Genesis 1:26-27 says that God made man and woman in His image, after His likeness. It is impossible for humans to look like God physically, because God is spirit (John 4:24). If we are made in His image, there must be a part of us that is spirit, too. That part is called a soul. God gives each human a soul (read Hebrews 12:9 and Ecclesiastes 12:7). When animals die, their bodies decay and there is no part of them that lives on. Animals do not have souls. When humans die, our bodies decay, but our souls live forever. The Bible refers to Adam, the first man, as the “son of God” (Luke 3:38), and to mankind in general as “the offspring of God” (Acts 17:29). No animal ever was described by such language. Our immortal spirit is part of what makes us divine image-bearers.

There are many characteristics that set humans apart from animals, and that show how we are created in God’s image. First, only humans can speak by using language. Second, only humans can write, improve their education, and build on past achievements. Third, like God, man is able to create and invent. Consider Mozart’s music or Shakespeare’s writings. Man has built spacecrafts that travel to Mars, and has invented cars that can run off water. Animals cannot do such things because they lack the built-in creative ability with which God endowed humans. Birds build nests, and spiders weave webs, but they are guided by instinct, not a built-in ability to “be creative.” Fourth, only man has a conscience. No animal ever felt “guilty” and wanted to repent for a “sin” in its life. Fifth, only man can experience heartfelt emotions (such as love, pity, and mercy). Sixth, only man has a built-in desire to worship God and participate in religion. Animals can do neither. 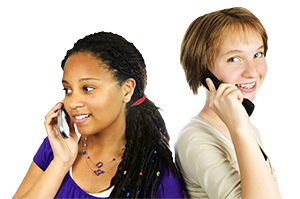 Since we are made in the image of God, and have a soul that will live forever, it is important that we make proper choices between right and wrong. We must never forget that, as individuals, we are very special and very precious to our Maker. After all, we are the only ones made in His image, and after His likeness.