Cause and Effect—Scientific Proof that God Exists

Five-year-olds are wonderful at using the law of cause and effect. We can picture a small child asking: “Mommy, where do peaches come from?” His mother says that they come from peach trees. Then the child asks where the trees come from, and his mother explains that they come from peaches. You can see the cycle. Eventually the child wants to know how the first peach tree got here. He can see very well that it must have had a cause, and he wants to know what that cause was.

One thing is for sure: the Universe did not create itself! We know this for a scientific fact, because matter cannot create matter. If we take a rock that weighs 1 pound and do 50,000 experiments on it, we never will be able to produce more than 1 pound of rock. So, whatever caused the Universe could not have been material.

FROM NOTHING COMES NOTHING

I know that it is insulting to your intelligence to have to include this paragraph, but some people today are saying that the Universe evolved from nothing. However, if there ever had been a time when absolutely nothing existed, then there would be nothing now, because it always is true that nothing produces nothing. If something exists now, then something always has existed.

THE BIBLE SPEAKS ABOUT THE CAUSE

The Bible certainly is not silent about what caused the Universe. In the very first verse of the first chapter of the first book it says: “In the beginning God created the heavens and the Earth.” Acts 17:24 records: “God, who made the world and everything in it…He is Lord of heaven and earth.” Exodus 20:11 notes: “For in six days the Lord made the heavens and the earth, the sea, and all that is in them.”

Only God fits the criteria of an adequate cause that came before the Universe.

WHY DOES GOD NOT HAVE A CAUSE?

Hold on just a minute! If we contend that every material effect must have a cause, and we say that only God could have caused the Universe, then the obvious question is: “What caused God?” Doesn’t the law of cause and effect apply to God, too?

There is a single word in the law of cause and effect that helps provide the answer to this question—the word material. Every material effect must have a cause that existed before it. Scientists formulated the law of cause and effect based upon what they have observed while studying this Universe, which is made out of matter. No science experiment in the world can be performed on God, because He is an eternal spirit, not matter (John 4:24). Science is far from learning everything about this material world, and it is even farther from understanding the eternal nature of God. There had to be a First Cause, and God was (and is) the only One suitable for the job.

The law of cause and effect is a well-established law that does not have any known exceptions. It was not conjured up from the creationists’ magic hat to prove the existence of God (although it does that quite well). The evidence is sufficient to show that this material Universe needs a non-material cause. That non-material Cause is God. If natural forces created the Universe, randomly selecting themselves, then morality in humans never could be explained. Why is this Universe here? Because “in the beginning, God….” 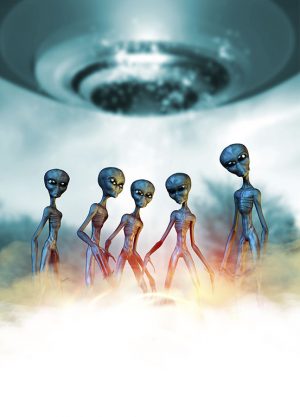 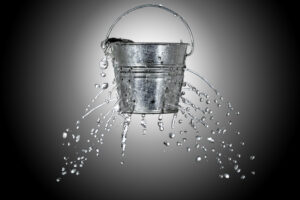 Did the Laws of Science Apply in the Beginning? 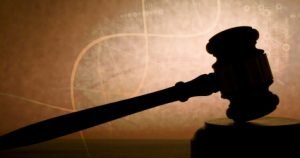 “Couldn’t There Have Been Exceptions to the Laws of Science?”