As far as science knows, natural laws have no exceptions. This definitely is true of the law of cause and effect, which is the most universal and most certain of all laws. Simply put, the law of cause and effect states that every material effect must have an adequate cause that comes before the effect or is simultaneous with it. You know that a brand new Mercedes is not the effect of a tornado sweeping through a junkyard. Likewise, your little brother didn’t fall to the ground in pain because he tripped over a grain of sand. (He may have fallen because he stumbled over a chair, but not because a small piece of sand was in his way!) These are not adequate causes. Likewise, the Universe is the effect of an adequate cause. 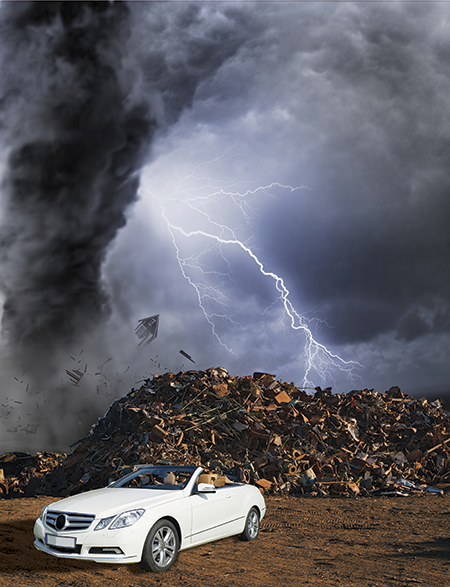 But what was that cause? Did the Universe and everything in it create itself out of nothing, or is it a product of a cause? The fact is, material effects without adequate causes do not exist. Also, causes never occur after the effect, and the effect is never greater than the cause. That is why scientists say that every material effect must have an adequate cause.

One thing is for sure—the Universe did not create itself. Matter cannot create matter. For example, if a scientist takes a rock that weighs 1 gram and does 10,000 experiments on it without adding more matter, he never will be able to produce more than 1 gram of rock. So, whatever caused the Universe could not have been material. Some people believe the Universe was created from nothing. However, if there ever had been a time when absolutely nothing existed, then there would be nothing now, because it always is true that nothing produces nothing. If something exists now, then something always has existed!

The Bible tells us what caused the Universe. Exodus 20:11 states: “For in six days the Lord made the heavens and the earth, the sea, and all that is in them.” When preaching to unbelievers in Athens, the apostle Paul said that “God…made the world and everything in it” (Acts 17:24). God is undoubtedly an adequate cause, since He is all-powerful (Genesis 17:1) and has existed “from everlasting to everlasting” (Psalm 90:2). The first verse in the Bible  sums it all up for us: the Universe is here because “In the beginning, God created….”