In 2004, Sam Harris published his New York Times bestseller The End of Faith. In that book, Harris supports atheism as the only rational view of the world. He condemns all forms of religious faith, including and especially Christianity, as detrimental and potentially dangerous. He goes so far as to suggest that some beliefs are so serious that simply holding such should be a punishable offense. He stated:

The link between belief and behavior raises the stakes considerably. Some propositions are so dangerous that it may even be ethical to kill people for believing them. This may seem an extraordinary claim, but it merely enunciates an ordinary fact about the world in which we live. Certain beliefs place their adherents beyond the reach of every peaceful means of persuasion, while inspiring them to commit acts of extraordinary violence against others (2004, pp. 52-53, emp. added).

In the immediate context, Harris is referring to militant Muslims whose religious beliefs lead them to kill infidels. Later in the book, however, we see another belief that Harris considers to be a punishable offense. On page 156, Harris discussed his view of political leaders who espouse Christian sentiments. He opined:

Men eager to do the Lord’s work have been elected to other branches of federal government as well. The House majority lead, Tom Delay, is given to profundities like “Only Christianity offers a way to live in response to the realities that we find in this world. Only Christianity.” He claims to have gone into politics “to promote a Biblical worldview.” Apparently feeling that it is impossible to say anything stupid while in the service of this worldview, he attributed the shootings at Columbine High School in Colorado to the fact that our schools teach the theory of evolution (2004, p. 156). 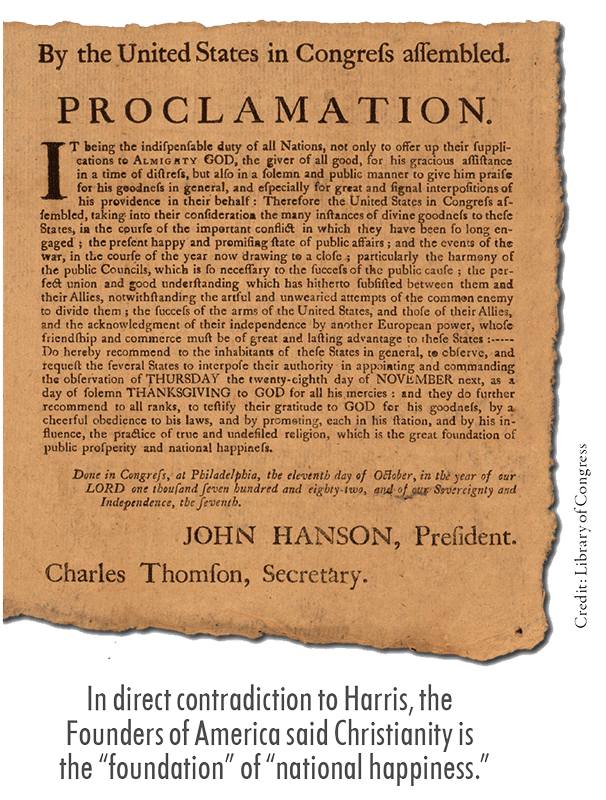 What, then, does Harris believe should happen to a person who openly claims that Christianity is the global solution to the world’s ills? Harris quipped: “We might wonder how it is that pronouncements this floridly irrational do not lead to immediate censure and removal from office” (p. 156, emp. added).

In this brief article we will not go into the facts that the Columbine shootings were inspired by evolution, that atheism is completely irrational, and that Christianity can be shown to be the only solution to the realities of this world. The sole purpose of this article is to show that atheism’s ultimate agenda is to censure those who espouse Christianity and to persecute the belief to extinction. The atheistic community is not a “live and let live” market place of ideas. Harris vividly manifests the fact that atheism views Christianity as a dangerous belief that should be quelled at all cost, including punishing those who espouse it. The “freethought” community’s idea of “freethought” is that all people are “free” to think how they like, as long as that thought process is atheistic at its core and excludes Christianity.

With atheism being one of the fastest growing beliefs in our country, it is time that Christians recognize the agenda of those leading the atheistic charge. If atheism has its way, according to bestselling atheist Sam Harris, it should be a punishable offense to publicly proclaim that Christianity is the only solution to humanity’s problems. Rue the day that atheism and its leaders become prominent enough to enforce such an agenda. For Christians, “now it is high time to awake out of sleep” (Romans 13:11) and stand up for the Truth while we have opportunity.