God’s people have always been in the learning business. While “fools despise wisdom and instruction” (Proverbs 1:7), “the heart of the prudent acquires knowledge, and the ear of the wise seeks knowledge” (Proverbs 18:15). Christians are primarily interested in learning from God, His Word (Psalm 119), and from those who imitate Christ (1 Corinthians 11:1). However, we can also learn some valuable lessons from unbelievers,1 including those who contend an all-powerful, all-knowing Creator God does not exist.

Penn Jillette is a famous comedian, actor, and entertainer, as well as a very outspoken atheist. In 2010, he made a five-minute personal video about a kind gentleman who handed him a Bible after one of his shows. Jillette said: “I believe he knew that I was an atheist. But he was not defensive and he looked me right in the eyes…. He was really kind, and nice, and sane…and talked to me and then gave me this Bible.”2

Although many (perhaps most) atheists do not want to be approached with the Gospel, Jillette went on to say:

I don’t respect people who don’t proselytize. I don’t respect that at all. If you believe that there is a Heaven and a Hell, and people could be going to Hell or not getting eternal life or whatever, and you think it’s not really worth telling them this because it would make it socially awkward…how much do you have to hate somebody to not proselytize? How much do you have to hate somebody to believe that everlasting life is possible and not tell them that?3

The fact is, Jillette was simply using logic in drawing this conclusion: If Christians believe what they say they believe about eternal life and eternal death (Matthew 25:46), then they will teach the Gospel to others in a kind, loving, Christ-like manner.4

One atheist was reported to have said a few years ago: “We hear an awful lot from conservatives in the Bible Belt and on the TV about how we all should be living. Certainly a culture that teaches the conservative religious values of the Christian right must have clean living written all over it. And lots of ripe fruit from their morally superior lives abounding. It doesn’t. Far from it. People that talk the loudest may be the ones walking the slowest. Joining its history of Biblically correct bigotry and discrimination, it is an area with the highest divorce, murder, STD/HIV/AIDS, teen pregnancy,” etc.5 The fact is, many people who call themselves Christians do not walk in the light of the Lord, but sadly stroll in the devil’s darkness.

Consider one example. In 2014, 86% of Alabamians claimed to be Christians.6 In Montgomery, the state’s capital city of about 200,000 people,7 the proverbial phrase “you’ll find a church on every corner” rightly portrays this city of over 250 churches.8 Sadly, in 2015, this “Christian city” was statistically crowned “the most sexually diseased city in the nation.”9

Indeed, atheists should call out such blatant hypocrisy on the part of many “Christians.” In fact, they are doing what Christian parents, preachers, and Bible teachers should be doing continually—warning those who claim to be Christians not to live in sin, including any kind of sexual sin.10 No doubt, hypocrisy runs wild in “Christian America” today11 in part because (a) so many churches seem more interested in social gatherings and entertainment than preaching on sin and salvation,12 and (b) most churches appear too politically correct to address specific sinful situations in their midst, which only exacerbates the problems in churches across the country (cf. 1 Corinthians 5:1-13).

Still, for all the disheartening hypocrisy among the religious today, just as a counterfeit $100 bill does not prove that genuine $100 bills do not exist, counterfeit Christianity is not a logical reason to reject authentic Christianity. Neither Cain’s unacceptable religious sacrifice nor his murder of Abel made true worship and service to God illogical. What’s more, neither Judas’s thievery nor his betrayal of Jesus made the religion of Jesus invalid. God condemns hypocrisy (Matthew 5:20), but He gives everyone sufficient evidence to know the Truth and obey it (John 8:32)—to follow the evidence where it leads and to become real, genuine Christians, like Peter and Paul, Philip and Phoebe, and Aquila and Priscilla.

#3—Atheists Correctly Point Out the Illogical, Blind Faith of Many “Christians,” But They Fail to Acknowledge that Atheism (Not Christianity) is Based Upon “Blind Faith”

In his book The End of Faith, atheist Sam Harris addressed beliefs and the importance of evidence and reason. He was especially critical of Christians, saying:

Tell a devout Christian that his wife is cheating on him, or that frozen yogurt can make a man invisible, and he is likely to require as much evidence as anyone else, and to be persuaded only to the extent that you give it. Tell him that the book he keeps by his bed was written by an invisible deity who will punish him with fire for eternity if he fails to accept its every incredible claim about the universe, and he seems to require no evidence whatsoever.13

Sadly, Harris’s words seem to accurately describe many (perhaps most) who profess to be Christians. Rather than being real truth seekers and evidence followers, many are “Christians” because of mere feelings, emotions, preferences, and traditions. Atheists rightly call out such illogical, evidence-less faith. “That’s how I was raised,” or “I just feel it in my heart” are not real reasons to be a Christian (or anything else for that matter). To claim to be a Christian for irrational, mere feel-good reasons is unreasonable, unbiblical, and unChristlike. The fact is, God has always expected man to be reasonable, just as the prophets, the apostles, and Jesus were reasonable (1 Samuel 12:7; John 5:31-47; 10:37-38; Acts 26:22-25; 2 Peter 1:16). [For proof that reason and divine revelation go hand-in-hand, be sure to read Is Christianity Logical? available from Apologetics Press.14]

While atheists correctly point out the illogical, blind faith of many Christians, the truth is, the evidence actually disproves atheism and supports genuine Christianity.15 If, as the First Law of Thermodynamics indicates, in nature, matter and energy are neither created nor destroyed, then a Universe could not create itself from nothing.16 Thus, if naturalistic atheism is true (and at one time absolutely nothing existed),17 then there should be absolutely nothing today. Yet, here we are—an entire Universe, which is perhaps the greatest evidence for the existence of God. Indeed, matter demands a Maker. The existence of intricate, self-replicating life demands an original life Giver.18 Complex, functional design in nature demands a Designer, not an accidental explosion of a tiny ball of matter.19 Intelligence in the material realm demands an intelligent Creator (i.e., intelligence does not arise from dust, dirt, rocks, water, or mud, much less from “nothing”). The Bible’s supernatural attributes demand a supernatural Author.20 And the historical, miracle-working, resurrected-from-the-dead Jesus Christ demands a supernatural explanation.21

It can be helpful for atheists to point out any flaws in those who claim to be Christians. The truthful, logical criticisms of others combined with humble hearts can lead to necessary repentance and renewed dedication to our Creator, Savior, and Judge (Luke 13:3,5; Acts 2:38; 17:30-31). Let’s just be sure not to “throw the baby out with the bathwater.” While faithful Christians are still imperfect (1 John 1:5-10; 5:13), and while phony, hypocritical Christians have always been with us, such flaws are in no way a logical argument against the Flawless One (1 Peter 2:21-24), His Word, and the need to be faithful members of His Church.22 In fact, the evidence will lead any honest, good-hearted, seeking soul to this conclusion (Proverbs 8:17; Luke 8:4-15).

1 Recall how Jesus told the parable of the unjust steward in hopes of His hearers learning an important lesson (Luke 16:1-8)—seemingly that if an unrighteous man is willing to take drastic measures to prepare for his physical future, how much more should the righteous be willing to do in preparation for eternity?

4 After all, Jesus’ main purpose was “to seek and to save that which was lost” (Luke 19:10). “Christ Jesus came into the world to save sinners” (1 Timothy 1:15). Jesus sent His apostles out with this same commission (Mark 16:15-16), and the early Church “went everywhere preaching the word” (Acts 8:4). Evangelizing is simply the natural response to having Christ-like, agape love for mankind.

11 The leading cause surely being the breakdown of the home, even among so many who claim to be Christians.

12 This is not a criticism of Christian fellowship and social gatherings, which are extremely important to the life of the Church. However, the preaching of the saving-from-sin Gospel of Christ (in all its power—Romans 1:16) must not take a back seat to anything in the life of God’s people. 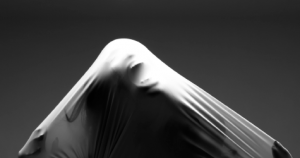 The Despair of Atheism