Are All Sins Equal? 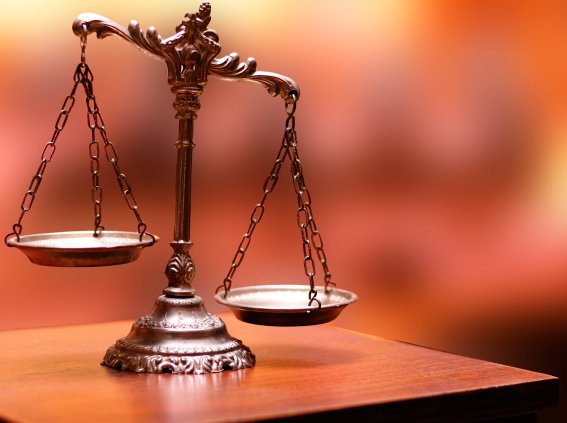 At Apologetics Press, we receive numerous questions on various topics. One of the more commonly asked questions is, “Are all sins equal?” In order to answer such a question, we must go to the only definitive source that can speak with authority concerning sins: the Bible. When we do, we see that the answer depends upon the context in which the question is asked.

In one sense, the answer is, “Yes, sin is sin.” James 2:10-11 says: “For whoever shall keep the whole law, and yet stumble in one point, he is guilty of all. For He who said, ‘Do not commit adultery,’ also said, ‘Do not murder.’ Now if you do not commit adultery, but you do murder, you have become a transgressor of the law.” From these verses, we see that any sin is enough to convict a person as a sinner. John said as much when he wrote: “Whoever commits sin also commits lawlessness, and sin is lawlessness” (1 John 3:4). So, even though cultures may view certain sins as more or less important than others, the Bible teaches that any deviation from God’s law is enough to keep an individual from the presence of the Lord if that sin is not forgiven.

This point is further underscored in the story of the rich young ruler (Luke 18:18-27). The rich young ruler explained to Jesus that he had kept all of the commandments from the time of his youth. Jesus responded to him by saying, “You still lack one thing. Sell all that you have and distribute to the poor, and you will have treasure in heaven.” At these words, the young ruler left sorrowfully. Though he had kept all of the commandments save one, he was still living in sin, due to the fact that he valued his wealth more than his relationship with God. According to Jesus’ statement, the young man only lacked “one thing,” yet it was still enough to keep him from the presence of the Lord. So, in this context, all sins are the same.

However, the fact that any sin can condemn a person does not mean that all sins are judged the same, or have the same spiritual consequences. The Bible plainly states, in numerous places, that God considers some sins to be “greater,” or more evil than others. For instance, in Exodus 32:21, Moses asked Aaron: “What did this people do to you, that you brought so great a sin upon them?” Obviously, this is comparative language, indicating that Aaron’s sin was more evil, or had greater implications than some other sin. We see this concept carried over into the New Testament as well. In Matthew 5:19, Jesus said that whoever breaks “the least of these commandments, and teaches men so, shall be called least in the kingdom of heaven.” Clearly, certain commandments were considered “least” and, by comparison, others must have been considered “greater.” The concept of “greater” commandments is found in Matthew 23:23. There Jesus chastised the Pharisees for “neglecting the weightier matters of the law: justice and mercy and faith.” His point was very clear; the failure to tithe a tiny amount of spices was much less of a sin than the failure to administer justice and mercy to one’s fellow man.

Perhaps the most explicit demonstration of this principle is expressed in Jesus’ conversation with Pilate. In John 19:11, Jesus said to Pilate, “[T]he one who delivered Me to you has the greater sin.” His statement could not be more direct. The individual responsible for delivering Jesus over to Pilate had committed a sin greater than the sin committed by Pilate.

With this in mind, a person may wonder how all sins can cause a person to be lost, but some sins are judged to be greater than others. A simple illustration will suffice to make this situation clear. Suppose that a person borrows money from the bank to buy a $10,000 car. That person pays the bank back $9,000, but stops making payments on the car. What will happen? The bank will repossess the car, even though the person paid off all of the balance except $1,000. Any unpaid balance is enough to lose the car. Now suppose a person borrows $10,000 on a car and does not pay any of it back. What will happen? The bank will repossess the car. In these two cases, does one person have a greater debt than the other? Certainly, the one who still owes $10,000. But are both debts, even though they are of unequal value, enough to cost both borrowers their cars? Yes. [NOTE: At Apologetics Press we have answered related questions such, “Are There Degrees of Punishment and Reward?” (see Butt, et al., 2000), and “Blasphemy Against the Holy Spirit—‘The Unpardonable Sin’” (Butt, 2003).]

We can see that the Bible explicitly and clearly tells how God views sins. Sins vary in terms of judgment and weight, yet any one sin is enough to cause a person to lose his or her soul if left unforgiven. In view of this truth, let us all strive to faithfully obey God so that the blood of His Son Jesus Christ can continually cleanse us from all of our sins, from the least to the greatest (1 John 1:7).

Butt, Kyle and Alden Bass and Bert Thompson (2000), “Are There Degrees of Punishment and Reward?” Apologetics Press, https://apologeticspress.org/apcontent.aspx?category=11&article=212.