Was Job a Real Person? 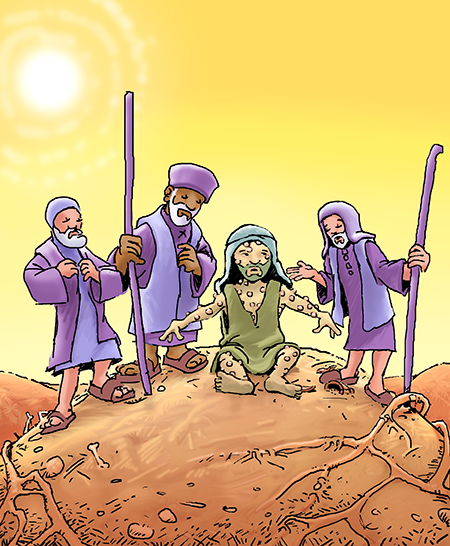 Based upon how much suffering Job endured, and the short time frame in which it all occurred, some people believe that Job was not a real person. However, there are several reasons to believe that he was most certainly real.

First, it is stated plainly by God within the book of Job itself. In his second “speech” to Job, God declared that the mighty behemoth was “made along with you” (40:15). If Job were just a fairy tale-like character, God certainly would not have spoken as having “made” him.

Second, Job is mentioned in three different verses in Scripture (outside the book of Job), and in all three passages he is considered an actual person. Ezekiel mentions Job twice in Ezekiel 14 (verses 14 and 20). Ezekiel’s point in both verses was that the ungodly conditions in Babylon during his day were such that even if Noah, Daniel, and Job lived in that city, no one else would be saved. Ezekiel spoke of all three of these men as being real people, not legendary characters.

Job is also mentioned in the latter part of the book of James. In chapter five we read: “You have heard of the perseverance of Job and seen the end intended by the Lord” (verse 11). James was not writing through inspiration about an imaginary person in this text.

Even though much about Job remains a mystery, we can know that he was a real person who suffered in every way like you and me, and yet remained faithful to his God—just like we must do.