Do Caves Take Tens of Thousands of Years to Form?

According to conventional thinking, most caves take several thousand years to form using slow processes. If true, the Earth would appear to be much older than the Bible’s implied claim that it is only 6- to 8,000 years old. Is there evidence that most caves formed through a more rapid process than the slow one described by many geologists? 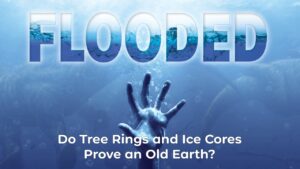 Do Tree Rings and Ice Cores Prove an Old Earth