The Catch-22 of Peer-Reviewed Journals

Those of us who advocate that an Intelligent Designer created the Universe are often ridiculed by evolutionary scientists. This ridicule comes in many different forms, but one of the most often used tactics of atheistic evolutionists is to claim that creation science is simply not good science. As “evidence” that creation or intelligent design is not “good science,” atheistic evolutionists exult in the fact that the standard peer-reviewed scientific journals do not publish papers that support intelligent design. A couple of sample statements to this effect follow:

“ID [Intelligent Design—KB] advocates complain that their views are rejected out of hand by the scientific establishment, yet they do not play by the normal rules of presenting their views first through scientific conferences and then to peer-reviewed journals and then in textbooks” (Scott, 2006, p. 22).

“Most telling, perhaps, is intelligent design’s near total failure to make any headway in the peer-reviewed publications that are the gateway to scientific success” (Wexler, 2006, p. 94).

The reasoning here is that if creation or intelligent design were scientific, then it would be included in peer-reviewed journals. Since it does not appear in peer-reviewed journals, then it must not be scientific. The problem with this reasoning is the circular process by which papers are accepted for inclusion in such journals. The scientists in authoritative positions have established their own preconceived definition for science. “To be scientific in our era is to search for solely natural explanations” (Hewlett and Peters, 2006, p. 75, emp. added). Thus, if a paper even hints at something other than a “natural” explanation, it is rejected as “unscientific” regardless of the facts or research presented in the paper. Creationists’ papers are not allowed in peer-reviewed journals, not because they are poorly written or documented, but because they do not offer “solely natural explanations.”

In 2004, in my capacity as editor of The Proceedings of the Biological Society of Washington, I authorized “The Origin of Biological Information and the Higher Taxonomic Categories” by Dr. Stephen Meyer to be published in the journal after passing peer-review. Because Dr. Meyer’s article presented scientific evidence for intelligent design in biology, I faced retaliation, defamation, harassment, and a hostile work environment at the Smithsonian’s National Museum of Natural History that was designed to force me out as a Research Associate there (2008).

Reacting to the fact that an intelligent design paper was published in the journal, The Council of the Biological Society of Washington, which sponsors the journal, wrote an official statement concerning the ordeal:

The paper by Stephen C. Meyer…was published at the discretion of the former editor Richard v. [sic] Sternberg. Contrary to typical editorial practices, the paper was published without review by any associate editor; associate editors would have deemed the paper inappropriate for the pages of the Proceedings because the subject matter represents such a significant departure from the nearly purely systematic content for which this journal has been known throughout its 122-year history…. The Council endorses a resolution on ID published by the American Association for the Advancement of Science…which observes that there is no credible scientific evidence supporting ID as a testable hypothesis to explain the origin of organic diversity. Accordingly, the Meyer paper does not meet the scientific standards of the Proceedings (“Statement from…,” n.d.).

The way the council presents the matter, it seems that Sternberg did not go through the proper peer-review process. But that is not the case. The article was peer-reviewed and revised in accordance with the reviewers’ suggestions. The article did not cause a stir because it did not pass the review process. It caused a stir because it did not meet the “scientific standard”—in other words, because it advocated the possibility of an intelligent Designer.

The Council alluded to a resolution on ID issued by the American Association for the Advancement of Science. That resolution was adopted in October of 2002. In that resolution, the AAAS stated: “Therefore Be It Further Resolved, that AAAS calls upon its members to assist those engaged in overseeing science education policy to understand the nature of science, the content of contemporary evolutionary theory and the inappropriateness of ‘intelligent design theory’ as subject matter” (“AAAS Board…,” 2002, emp. in orig.). This simply means that if any book, article, or paper has anything about intelligent design in it, do not publish, promote, or condone it in anyway.

Thus, it is clear that the oft-repeated accusation against creation science’s lack of peer-reviewed papers is seen for what it is: an intentional exclusion based, not on the merits of the paper, but on the agreed-upon, but false, definition that true science entails only “natural explanations.” The scientific establishment’s stance is similar to that of a child who forms an exclusive club, one of the stipulations for membership being that all members must be “extremely smart.” The child then includes in the by-laws the statement that all smart people should think that he (the founding member) is always right. Thus, he concludes that those who do not think he is always right are not smart. Then, he proceeds to malign those not in the club based on the idea that they are not smart. And as proof that they are not smart, he states that it is obvious they are unintelligent because they are not members of his club. In reality, his motivation for castigating those outside his club is simply the fact that they disagree with him, which is the same motivation that propels the evolutionary establishment to reject all creation science articles. You will not see articles advocating intelligent design in the majority of peer-reviewed journals, not because the findings are unscientific, not because they fail to provide evidence and proof of their conclusions, but because they are not atheistic and evolutionary.

Scott, Eugenie (2006), “The Once and Future Intelligent Design,” Not in Our Classrooms, ed. Eugenie Scott and Glenn Branch, (Boston, MA: Beacon Press).

“Statement from the Council of the Biological Society of Washington” (no date), [On-line], URL: http://www.biolsocwash.org/id_statement.html.

Wexler, Jay D. (2006), “From the Classroom to the Courtroom: Intelligent Design and the Constitution,” Not in Our Classrooms, ed. Eugenie Scott and Glenn Branch, (Boston, MA: Beacon Press). 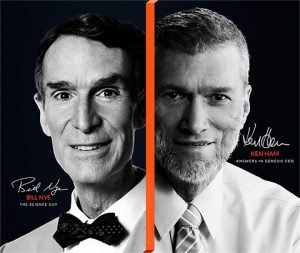 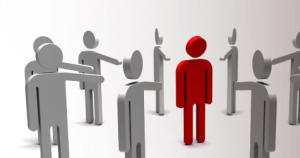