Isn’t America’s wealth an indication that the nation is pleasing to God?

There’s no question that America’s unprecedented affluence and technological superiority have been the direct result of God showering the country with His blessings for over 200 years (Psalm 33:12). However, we must not think even for a moment that He will continue His favor indefinitely if we, as a nation, veer from the principles of Christian morality on which the Republic was founded. One cannot assume that since national existence remains intact and the bulk of the populace continues to enjoy lavish physical comforts that God is pleased or that He has no intention of “pulling the plug.” Indeed, tragically, America would seem to have entered the same phase of national status which God warned would one day characterize Israel of old if they jettisoned God’s commands and decrees from their lives.

Because you did not serve the LORD your God with joy and gladness of heart, for the abundance of everything, therefore you shall serve your enemies, whom the LORD will send against you, in hunger, in thirst, in nakedness, and in need of everything; and He will put a yoke of iron on your neck until He has destroyed you (Deuteronomy 28:47-48, emp. added).

If there was ever an accurate description of America’s condition, it would be that we enjoy “the abundance of everything.” Yet great spiritual poverty has spread like a scourge across the land. The abundance that Americans wallow in everyday should propel them to live godly lives before the great Governor of the Universe. Sadly, however, much of the population is rushing headlong down the precipice of moral depravity, wanton luxury, hedonism, and irreligion. We should fully expect the same outcome (2 Kings 17 and 25). Even as God expressed through the prophet Zechariah:

Thus says the Lord of hosts: “Execute true justice, show mercy and compassion everyone to his brother. Do not oppress the widow or the fatherless, the alien or the poor. Let none of you plan evil in his heart against his brother.” But they refused to heed, shrugged their shoulders, and stopped their ears so that they could not hear…refusing to hear the law and the words which the Lord of hosts had sent…. Thus great wrath came from the Lord of hosts…. Thus the land became desolate after them, so that no one passed through or returned; for they made the pleasant land desolate (7:8-14, emp. added).

America has most certainly been “the pleasant land.” But she can be made desolate—if God wills. 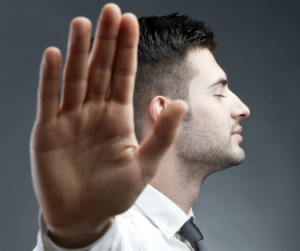 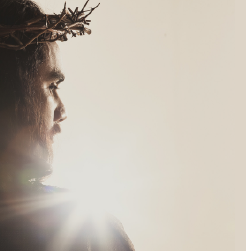 “Jesus Gave Him No Answer”