“Scientists Don’t Have a Clue How Life Began”

Twenty years ago, John Horgan, staff writer for Scientific American, wanted to write an article titled, “Pssst! Don’t Tell the Creationists, but Scientists Don’t Have a Clue How Life Began.” His editor at the time did not like the title and changed it. Horgan has waited 20 years, however, and the original editor is gone who did not like his title, so he simply re-used it for an article he wrote in February of 2011, two decades later (Horgan, 2011). The fact that Horgan could accurately say that the scientific community did not have a clue 20 years ago about the origin of life, and the situation has not changed in two decades of intense research, speaks volumes about the false theory of evolution and its explanation of the origin of life.

The reason that “scientists don’t have a clue how life began” is because those whom Horgan is labeling as “scientists” have prejudicially eliminated the only viable option for the origin of life. What Horgan means is that scientists who believe in evolution cannot give any plausible, naturalistic scenario that would make life possible. Horgan mistakenly equates “scientists” with “evolutionary scientists.” The fact of the matter is, thousands of scientists across the country know exactly how life began—God created life during the six-day Creation week. In fact, we at Apologetics Press have several highly qualified staff and auxiliary scientists who have studied the evidence and know how life began.

The quandary that Horgan and evolutionary scientists are in arises from the fact that, according to evolution, life had to spontaneously generate from non-living chemicals—and there is no plausible naturalistic accounting for this. To defend his position that “scientists” do not have a clue, Horgan explained that the idea of DNA molecules forming spontaneously has major problems: “DNA can make neither proteins nor copies of itself without the help of catalytic proteins called enzymes. This fact turned the origin of life into a classic chicken-or-egg puzzle: Which came first, proteins or DNA?” (2011). Horgan then noted that origin-of-life scientists have postulated that RNA might be the answer to the beginning of life. But he concluded: “The RNA world is so dissatisfying that some frustrated scientists are resorting to much more far out—literally—speculation” (2011). The far out ideas to which Horgan eluded are notions that life was dropped off by aliens, or that microbes from outer space “seeded” our planet. Horgan correctly observed that such outlandish suggestions only “push the problem of life’s origin into outer space. If life didn’t begin here, how did it begin out there?”

In his concluding paragraph, Horgan wrote: “Creationists are no doubt thrilled that origin-of-life research has reached such an impasse…but they shouldn’t be. Their explanations suffer from the same flaw: What created the divine Creator? And at least scientists are making an honest effort to solve life’s mystery instead of blaming it all on God” (2011). Horgan is exactly right when he says that scientists (read that “evolutionary scientists”) do not have a clue how life began. He is wrong, however, to insist that the evolutionary scenario of life’s origin rests on the same footing as the concept of creation. The origin-of-life research has not shown that a naturalistic origin for life is merely improbable; instead, it has shown that it is impossible—life does not and cannot spontaneously generate from non-living chemicals. That being the case, the only truly “scientific” idea left would be to follow the evidence where it leads—to an intelligent, supernatural creator. Antony Flew, at one time the world’s foremost atheistic philosopher, came to just such a conclusion when he wrote: “The only satisfactory explanation for the origin of such ‘end-directed, self-replicating’ life as we see on earth is an infinitely intelligent Mind” (2007, p. 132).

Flew, Antony and Roy Varghese (2007), There Is No God: How the World’s Most Notorious Atheist Changed His Mind (New York: HarperOne). 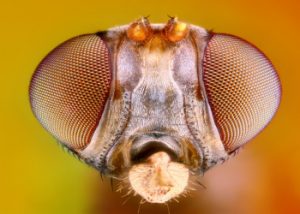