Jesus (through John): “Who is a liar but he who denies that Jesus is the Christ?… Whoever denies the Son does not have the Father either” (1 John 2:22-23).

Muhammad: “[T]he Christians call Christ the Son of God…. Allah’s curse be on them: how they are deluded away from the Truth!” (Surah 9:30).

Jesus: “[H]e who does not believe is condemned already, because he has not believed in the name of the only begotten Son of God” (John 3:18). “Jesus…said, ‘Do you believe in the Son of God?’ He answered and said, ‘Who is He, Lord, that I may believe in Him?’ And Jesus said to him, ‘You have both seen Him and it is He who is talking with you’” (John 9:35-37).

Muhammad: “They slew him not nor crucified, but it appeared so unto them; and lo! those who disagree concerning it are in doubt thereof; they have no knowledge thereof save pursuit of a conjecture; they slew him not for certain, but Allah took him up unto Himself” (Surah 4:157-158).

Jesus: “Go therefore and make disciples of all the nations, baptizing them in the name of the Father and of the Son and of the Holy Spirit” (Matthew 28:19).

Muhammad: “They surely disbelieve who say: Lo! Allah is the Messiah, son of Mary…. Lo! whoso ascribeth partners unto Allah, for him Allah hath forbidden Paradise. His abode is the Fire” (Surah 5:72-74).

Muhammad: Polygamous, having multiple wives, as many as 12 at a time.

Jesus: Remained single, devoting Himself to His divine mission.

The Jesus of the Quran: A mere human prophet, finite in his attributes, like sinful man, flawed.

The Jesus of the Bible: Perfect, infinite in all of His attributes, unlike sinful man.

Islam is focused on Muhammad, who was merely a man.

Christianity is focused on Jesus, Who was God in the flesh.

According to Islam and the Quran—

If you believe that Jesus is the Son of God, you will be lost eternally in hell.

According to Christianity and the Bible—

If you do not believe that Jesus is the Son of God, you will be lost eternally in hell.

NOTE: The above verses from the Quran were taken from two celebrated Muslim translations: 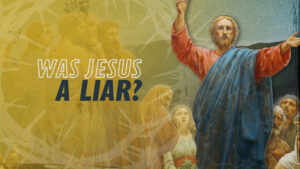 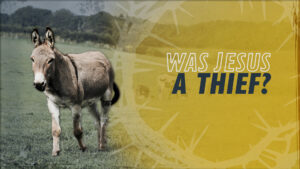 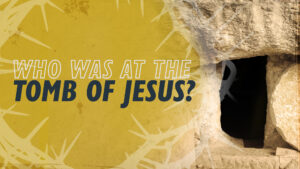 Who Exactly Was at the Tomb of Jesus?