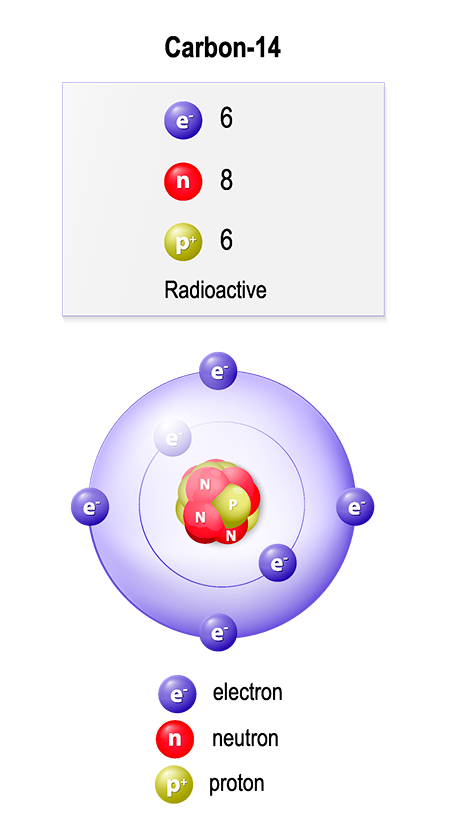 Another dating method often discussed when studying one of the various sciences is radiocarbon dating (also known as carbon-14 dating). Some people who defend the theory of evolution have been known to say that this method of dating supports the idea that the Earth is billions of years old. The truth is, however, carbon-14 dating is totally useless in measuring the millions (or billions) of years needed by evolutionists.

Evolutionist Richard Dawkins admitted the weakness of radiocarbon dating when he said, “It is useful for dating organic material where we are dealing in hundreds or a few thousands of years, but it is no good for the evolutionary timescale where we are dealing in millions of years.” Even the inventor of carbon-14 dating, W.F. Libby, acknowledged that it is not an accurate way of dating things past a few thousand years old. Simply put, radiocarbon dating can never be used to get accurate ages measured in millions or billions of years.

In addition, carbon-14 dating has been shown to be far from perfect in measuring organic material. Seals that were freshly killed have been dated at 1,300 years old. Also, when scientists tested two parts of a frozen musk ox found in Fairbanks, Alaska, two vastly different dates were given. Radiocarbon testing falsely showed that one part of the musk ox was 24,000 years old, while another part was only 7,200 years old. Obviously, carbon-14 dating cannot accurately render dates for the age of the Earth in billions of years. The truth is, it has trouble even with items measured in hundreds or thousands of years.