It is not uncommon to hear Americans (and others) verbalize contempt for corporal or capital punishment (cf. Delgado, 2008). Supposedly, “Loving parents wouldn’t strike their children” (for disciplinary purposes). “Christians can’t logically be pro-life and pro-capital punishment.” “The Bible says to repay no one evil for evil.” Modernists utter these and similar phrases frequently in hopes of doing away with all forms of corporal and capital punishment. Make a child stand in the corner, give a student detention, lock a murderer up for life with three square meals a day, air conditioning, cable television, etc., but never physically harm or kill a person for his or her unauthorized actions.

What does the Bible say about love and the physical punishment of evildoers? First, God is innately and infinitely good and loving (Mark 10:18; 1 John 4:8). Yet, from killing untold thousands (or millions) of wicked individuals during the Flood (Genesis 6-8) to striking Ananias and Sapphira dead for lying just after the establishment of the church (Acts 5:1-11), God repeatedly has punished evildoers physically.

Second, God warned Adam of the death sentence before sin ever entered the world (Genesis 2:17; cf. Lyons, 2002). After Adam disobeyed God, He drove him from the garden and the tree of life “lest he…live forever” (Genesis 3:22-24). Thus, man not only separated himself spiritually from God when he sinned in the Garden, experiencing spiritual death for the first time (cf. Isaiah 59:1-2; Ephesians 2:1), man was also sentenced to die physically.

Third, long before the commencement of the Mosaic and Christian dispensations, God’s universal law for mankind included capital punishment. God directed Noah and his sons, saying, “Whoever sheds man’s blood, by man his blood shall be shed; for in the image of God He made man” (Genesis 9:6). The same God Who sentenced mankind, save eight souls, to death for wickedness one year earlier, commanded man to put murderers to death. Of all the regulations God could have revealed to man in Genesis 1-11 (from the time of Adam to Abraham), He chose to include the law to put murderers to death.

Fourth, further proof that loving-kindness and corporal or capital punishment are not antithetical comes from the Law of Moses. God commanded the Israelites, saying,

The faithful Jew was expected, as are Christians, to “not resist an evil person” (Matthew 5:39) but rather “go the extra mile” (Matthew 5:41) and “turn the other cheek” (Matthew 5:39). “Love,” after all, “is the fulfillment of the law” (Romans 13:10; cf. Matthew 22:36-40). Interestingly, however, the Israelite was commanded to punish (even kill) lawbreakers. Just five chapters after commanding the Israelite to “not take vengeance,” but “love your neighbor as yourself” (Leviticus 19:18), God said:

A faithful Israelite was commanded (and thus expected) to be loving, kind, and non-vengeful, while at the same time be a punisher of evildoers, including both corporal and capital punishment. Similarly, God commanded Christians to “not avenge yourselves” (Romans 12:19), but rather “overcome evil with good” (12:21) and “love your neighbor as yourself” (13:9). Yet, fathers are commanded to bring their children up “in the chastening and admonition of the Lord” (Ephesians 6:4, ASV, emp. added). What’s more, Paul wrote that “governing authorities” are God’s servants for good, yet they also “bear the sword” and “execute wrath on him who practices evil” (Romans 13:1-4).

Although the politically correct continue to protest the physical punishment of evildoers, based upon their feelings that such is unkind, unloving, inhumane, etc., Scripture is abundantly clear on the subject. God has indicated that individuals can be loving, kind, considerate, evangelistic, non-vengeful, etc., and yet still expect the authorities to punish evildoers physically. 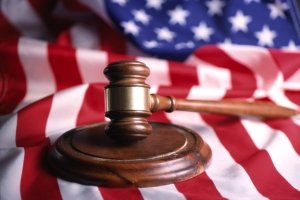