“Thus there results the subjection of a number of people under the will, often of only a few persons, a subjection based simply upon the right of the stronger, a right which, as we see in Nature, can be regarded as the sole conceivable right, because it is founded on reason.”

Adolf Hitler claims his rightful place as one of the most infamous villains of all time. Children of all ages, and the adults who teach them history, shudder at the deeds done by this criminal. His vicious acts of murder and torture claimed the lives of over six million Jews and over four million other individuals from ethnic groups such as the Poles and gypsies. Gruesome gas chambers, concentration camps, heinous human experiments, heartless starvation, and forced labor are but a few of the images that come to mind upon hearing the name—Adolf Hitler.

One question immediately presents itself to anyone considering Hitler’s actions: Why? What would allow a man to think that such acts of injustice could ever be justified? The answer, simply put, is the theory of evolution. Hitler believed that the Aryan race was superior to all other races. He believed that this superior Aryan race had the right to exterminate all inferior races since, according to evolution, the “natural order of things” is for the strong to survive. To use the words of Charles Darwin, Hitler viewed his murderous plans as nothing more than “the preservation of favored races in the struggle for life.” One writer said this about Hitler:

A review of the writings of Hitler and contemporary German biologists finds that Darwin’s theory and writings had a major influence on Nazi policies…. In the formation of his racial policies, [Hitler] relied heavily upon the Darwinian evolution model, especially the elaborations by Spencer and Haeckel. They culminated in the “final solution,” the extermination of approximately six million Jews and four million other people who belonged to what German scientists judged were “inferior races” (Bergman,1992, p. 109).

The problem with this line of thinking is that Hitler did not pervert, or even alter, the theory of evolution in order to use it to support his deeds. He followed it to its logical conclusion. According to the theory of evolution, nature has no conscience that distinguishes between what is right and what is wrong. Where would it get such an awareness of morals? Such morals certainly could not evolve from lifeless matter. An amoeba could not evolve into a human that can know the difference between right and wrong. The most evolution could produce would be the idea that “might makes right.” When Hitler exterminated approximately 10 million innocent men, women, and children, he acted in complete agreement with the theory of evolution, and in complete disagreement with everything humans know to be right and wrong.

Still, many evolutionists will object and say that using Hitler’s actions to show the terrible effects of evolution would be like using the Spanish Inquisition, the Crusades, or the Salem witch trials to show the terrible effects of Christianity. The difference, however, lies in the fact that the Crusades, witch trials, and Spanish Inquisition were perversions of Christ’s teachings. Christ taught His followers to turn the other cheek, to pray for their enemies, and to love their neighbors as themselves. It is true that throughout history, people have committed terrible crimes “in the name of Christianity.” But it is not true that they were following Christ’s principles. In fact, they were perverting Christ’s teaching, and twisting that teaching to say things Christ did not say. On the other hand, the deeds done by Hitler in the name of evolution were not a perversion of the theory. Instead, he perfectly understood the principles of evolution, and worked diligently to apply them to their rational end. 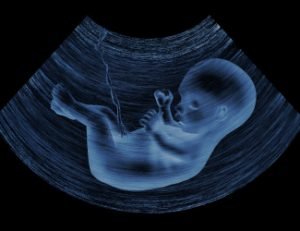 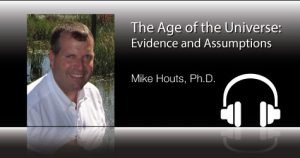 EIR6: "The Age of the Universe: Evidence and Assumption"–Audio