One cannot help but be amazed at ever-increasing technology that continues to offer better, more efficient products and services. Hardly a week goes by that a new discovery does not find its way into the headlines. Interestingly, many of the most advanced, beneficial discoveries are occurring in the field of study known as biomimicry—the copying or mimicking of the natural, biological world.

For instance, on February 23, 2006, the on-line version of Technology Review featured an article titled “Super-Repellent Plastic.” Admittedly, the title of the article itself does not indicate that biomimicry is involved. Yet, knowing that many new discoveries derive from mimicking nature, I could not help but think that this new plastic might be the result of some phenomenon that God had already designed. As I suspected, about three-fourths of the way through the article, the reader is informed that the scientists who are working on this new plastic “took their inspiration from the leaves of the lotus plant, which is naturally superhydrophobic…. GE set out to mimic this pattern on the surface of its polycarbonate materials” (Talbot, 2006).

This amazing new superhydrophobic (“extremely repellent of water”) plastic will “shed” liquids at a much more efficient rate than many current materials, and it will be more inexpensive to manufacture than current substances—like Teflon. Multiple uses for this plastic have been suggested, including ketchup bottles in which the ketchup will not adhere to the sides of the container, and building panels that would be virtually self-cleaning because rain would wash away dirt (Talbot, 2006).

The technology is not supposed to be on the consumer market for another five years, but its potential is excitedly anticipated. In the midst of the excitement, do not lose sight of an important aspect of this technological wonder. Very intelligent, well-educated scientists have spent hundreds (or thousands) of hours on this advancement. And yet, the prototype for it, the lotus plant, has contained the superhydrophobic capacity for the entirety of its existence. What Intelligent Designer is responsible for endowing this amazing plant with such efficient water-shedding abilities? Those who believe in evolution would say that it acquired this ability over millions of years due to random, chance processes at work in nature. But with the same breath they would laud the creative abilities of the GE scientists. Why is it that evolutionists miss the implication that to recognize design in human invention, while attributing the more efficient design in nature to non-intelligent processes, is logically irrational. It is high time that the Creator of nature’s design be given the plaudits He deserves as the Ultimate Engineer. 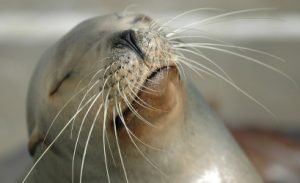 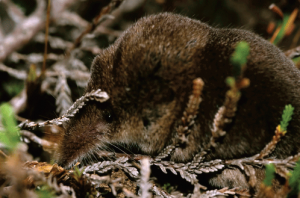