Expelled: One Movie You Ought to See

Eric Lyons, M.Min.
Creation vs. Evolution In The News 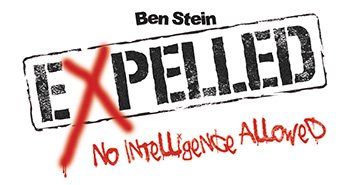 Rarely does Apologetics Press encourage readers to see a movie on the big screen. It goes without saying that most movies playing in theaters are unfit for a Christian to watch (cf. Philippians 4:8; Psalm 101:3), and are unworthy of a Christian’s God-given time and money. However, one especially important film opened this past weekend in more than 1,000 theatres across America. Expelled: No Intelligence Allowed is a documentary starring actor, economist, lawyer, and professor Ben Stein.

In the film, Stein, who also co-wrote the documentary, highlights “an elitist scientific establishment that has traded in its skepticism for dogma” (“What Happened…?” 2007). Refusing to follow the evidence to wherever it leads, “the scientific establishment” is exposed as phony freethinkers. “Freedom of inquiry has been greatly compromised” by evolutionists who will allow “absolutely no dissent from Charles Darwin’s theory of random mutation and natural selection” (“What Happened…?” 2007, emp. added). As proof of such close-mindedness on the part of “Big Science,” Stein interviews several bright, credentialed scientists. These men and women have been fired from their positions or denied tenure simply because they questioned the factuality of the General Theory of Evolution and/or publicly supported intelligent design. Their stories prove that the scientific establishment really is free only to think inside the walls of the “goo-to-you” theory of evolution. Question the theory of evolution publicly, and, as Stein uncovers, a scientist must be prepared to lose his or her job and reputation in the scientific community.

Stein also confronts the biggest proponents of evolutionary theory—from England’s world famous biologist Richard Dawkins, to one of America’s most vociferous critics of intelligent design, executive director of the National Center for Science Education, Eugenie Scott. Stein frustrated staunch evolutionist Michael Ruse when he questioned him about the origin of life on Earth. What’s more, he even gets Richard Dawkins to admit…. Well, just go see for yourself. Stein’s interview with Dawkins, author of The God Delusion, is the climax of the entire documentary.

Expelled is not a Christian film per se; its emphasis is not on the Bible, Jesus, or Christianity. However, we believe that Christians will enjoy the documentary (except for one interviewee’s use of the term “hell”), as it is very much pro-logic, pro-liberty, pro-life, and pro-intelligent design—which also means that it is very much anti-macroevolution.