It is well known that the pagan people of antiquity were superstitious in their religious practices.1 Do the prohibitions for the Israelites about mixing materials like wool and linen in weaving their clothes2 indicate that Moses was superstitious and that God was not the ultimate Author of the books of Moses?3

Admittedly, there are various prohibitions and comments made within the Law of Moses that simply do not make a lot of sense to the modern mind without more information about the time and culture of the Israelites who lived 3,500 years ago. Before responding to the allegation that Moses was uninspired and superstitious in the matter at hand, therefore, one should immediately be struck by the fact that making “knee jerk” accusations, without deeper study, demonstrates bias and is bound to result in mistakes. As Solomon rightly stated: “The first one to plead his cause seems right, until his neighbor comes and examines him” (Proverbs 18:17).

So, why would God through Moses command the Israelites not to wear “a garment of mixed linen and wool” (Leviticus 19:19)? Commentators give several possible explanations. Adam Clarke argues that garments with mixed threads or patterns could encourage vanity and an attention-seeking mentality among the Israelites, instead of the humble faith that God desires from His followers.4 Others highlight that the prohibition may have had health concerns at its root.5 Charles Whitlaw, in his monumental work The Scriptural Code of Health, notes that modern science has proven that “[w]ool when combined with linen increases its power of passing off the electricity from the body; in hot climates it brings on malignant fevers and exhausts the strength, and when passing off from the body, it meets with the heated air, inflames, and excoriates like a blister.”6

Perhaps a more likely explanation lies in the consideration that God was acutely aware of the pagan practices of those around the Israelites with whom they had mingled or would soon mingle. For instance, three times Moses commanded the Israelites not to boil a young goat in its mother’s milk,7 a practice which we now know was used in ancient pagan religions when one wished to approach a god to worship.8 Clearly, certain injunctions were given to the Israelites to buffer them from the paganism around them and simultaneously to keep the Israelite nation holy in the eyes of Gentiles—set apart from all other nations. In fact, a central theme of the book of Leviticus, wherein the passage at hand is found, is holiness, with various forms of the word occurring 152 times.9 It should come as no surprise, therefore, that various commentators argue that Leviticus 19:19 and Deuteronomy 22:11 were rules given by God to keep the Israelites from engaging in the superstitious and idolatrous practices of those around them.10 Rather than proving Moses was superstitious and pagan like those around him, the exact opposite is the case. Unlike the contemporary societies of their time, the Israelites were more advanced in their knowledge—as though they were being properly educated by Someone with significantly more knowledge than the common people of the day.

While it is not certain why Moses prohibited wearing garments comprised of wool and linen, it is certain that he cannot justly be accused of being a superstitious pagan. Legitimate, logical possibilities exist that clarify why such injunctions could have been given. As is the case 100% of the time, no accusation against the integrity of Scripture can be maintained after careful, fair examination of all reasonable, possible explanations.

6 Charles Whitlaw (1838), The Scriptural Code of Health, with Observations on the Mosaic Prohibitions, and on the Principles and Benefits of the Medicated Vapour Bath (London: self-published), p. 68. 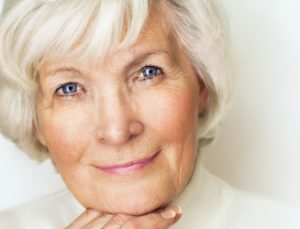