Can We Prove Jesus Was a Real Person?

You may find this surprising, but there are many people in the world today who actually think that Jesus is nothing more than a fantasy figure that various secret societies created 2,000 years ago. Allegedly, His name belongs in the same fictional writings that contain such fairy-tale characters as Peter Pan, Hercules, and Snow White and the seven dwarfs. Gerald Massey, in his book, Gnostic and Historic Christianity, has “informed” us that “[w]hether considered as the God made human, or as man made divine, this character [Jesus—EL] never existed as a person” (1985, p. 22). Skeptics like Massey, Acharya (1999), and others believe that Christians have been deceived into thinking that there really was a man named Jesus, when, in fact, He never lived.

How do those of us who believe in the historicity of Jesus Christ respond to such allegations? Can we really know that there was a sinless, miracle-working, death-defying man named Jesus who lived upon the Earth approximately 2,000 years ago, or have we accepted His existence blindly?

Even though the New Testament proves beyond the shadow of a doubt that Jesus actually lived, it is by no means the only historical evidence available. Around the year A.D. 94, a Jewish historian by the name of Josephus mentioned Jesus’ name twice in his book, Antiquities of the Jews. In section 18 of that work, Josephus wrote: “And there arose about this time Jesus, a wise man, if indeed we should call him a man; for he was a doer of marvelous deeds, a teacher of men who receive the truth with pleasure” (emp. added). Then, in section 20, Josephus documented how a man named Ananus brought before the Sanhedrin “a man named James, the brother of Jesus who was called the Christ, and certain others” (emp. added).

About 20 years later, Tacitus, a Roman historian, wrote a book surveying the history of Rome. In it he described how Nero (the Roman emperor) “punished with every refinement the notoriously depraved Christians (as they were popularly called).” He went on to write that “their originator, Christ, had been executed in Tiberius’ reign by the governor of Judea, Pontius Pilatus” (Annals 15:44, emp. added). Even though Tacitus, Josephus, and other historians from the first and second centuries A.D. were not followers of Christ, they did have something to say about Him—and they even verified that Jesus was a real person Who was so famous that He even attracted the attention of the Roman emperor himself!

Another obvious reason to believe that Jesus was a real person is because our entire dating method is based upon His existence. The letters “B.C.” stand for “before Christ,” and the letters “A.D.” (standing for Anno Domini) mean “in the year of the Lord.” So when a history teacher speaks of Alexander the Great ruling much of the world in 330 B.C., he or she is admitting that Alexander lived about 330 years before Jesus was born.

Even though this is only a sampling of the evidence relating to the man known as Jesus, it is enough to prove that He was a real person, and not just some imaginary character. We do not accept His existence blindly—it is a historical fact! 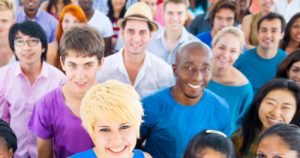 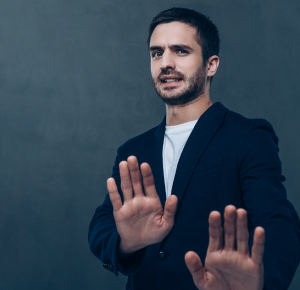