A common misconception among atheists, humanists, and evolutionists is that those who reject evolution in order to hold to a fundamental, literal understanding of the biblical documents are guided by “blind faith.” Robinson articulated this position quite emphatically when he accused Christians of abandoning rationality and evidence in exchange for intellectual dishonesty and ignorance of the truth (1976, pp. 115-124). Many within the scientific community labor under the delusion that their “facts” and “evidence” are supportive of evolution and opposed to a normal, face-value understanding of the biblical text. They scoff at those who disagree with them, as if they alone have a corner on truth.

The fact of the matter is that while most of the religious world deserves the epithets hurled by the “informed” academicians, those who espouse pure, New Testament Christianity do not. New Testament Christians embrace the biblical definition of faith, in contrast to the commonly conceived understanding of faith that is promulgated by the vast majority of people in the denominational world.

The faith spoken of in the Bible is a faith that is preceded by knowledge. One cannot possess biblical faith in God until he or she comes to the knowledge of God. Thus, faith is not accepting what one cannot prove. Faith cannot outrun knowledge—for it is dependent upon knowledge (Romans 10:17). Abraham was said to have had faith only after he came to the knowledge of God’s promises and was fully persuaded (Romans 4:20-21). His faith, therefore, was seen in his trust and submission to what he knew to be the will of God. Biblical faith is attained only after an examination of the evidence, coupled with correct reasoning about the evidence.

The God of the Bible is a God of truth. Throughout biblical history, He has stressed the need for the acceptance of truth—in contrast with error and falsehood. Those who, in fact, fail to seek the truth are considered by God to be wicked (Jeremiah 5:1). The wise man urged: “Buy the truth, and sell it not” (Proverbs 23:23). Paul, himself an accomplished logician, exhorted people to love the truth (2 Thessalonians 2:10-12). He stated the necessity of giving diligence to the task of dealing with the truth properly (2 Timothy 2:15). Jesus declared that only by knowing the truth is one made free (John 8:32). Luke ascribed nobility to those who were willing to search for and examine the evidence, rather than being content to simply take someone’s word for the truth (Acts 17:11). Peter admonished Christians to be prepared to give a defense (1 Peter 3:15), which stands in stark contrast to those who, when questioned about proof of God, or the credibility and comprehensibility of the Bible, triumphantly reply, “I don’t know—I accept it by faith!”

Thus, the notion of “blind faith” is completely foreign to the Bible. People are called upon to have faith only after they receive adequate knowledge. In fact, the Bible demands that the thinker be rational in gathering information, examining the evidence, and reasoning properly about the evidence, thereby drawing only warranted conclusions. That, in fact, is the essentiality of what is known in philosophical circles as the basic law of rationality: one should draw only such conclusions as are justified by the evidence. Paul articulated exactly this concept when he wrote: “Prove all things; hold fast that which is good” (1 Thessalonians 5:21). John echoed the same thought when he said to “test the spirits” (1 John 4:1). These passages show that the New Testament Christian is one who stands ready to examine the issues. God expects every individual to put to the test various doctrines and beliefs, and then to reach only such conclusions as are warranted by adequate evidence. Man must not rely upon papal authorities, church traditions, or the claims of science. Rather, all people are obligated to rely upon the properly studied written directives of God (2 Timothy 2:15; John 12:48; 2 Peter 3:16). Biblical religion and modern science clash only because the majority of those within the scientific community have abandoned sound biblical hermeneutics and insist upon drawing unwarranted, erroneous conclusions from the relevant scientific evidence.

The Bible insists that evidence is abundantly available for those who will engage in unprejudiced, rational inquiry. The resurrection claim, for example, was substantiated by “many infallible proofs,” including verification through the observation of more than five hundred persons at once (Acts 1:3; 1 Corinthians 15:5-8). Many proofs were made available in order to pave the way for faith (John 20:30-31). Peter offered at least four lines of evidence to those gathered in Jerusalem before he concluded his argument with “therefore…” (Acts 2:14-36). The acquisition of knowledge through empirical evidence was undeniable, for Peter concluded, “as you yourselves also know” (Acts 2:22, emp. added). John referred to the auditory, visual, and tactile evidences that provided further empirical verification (1 John 1:1-2). Christ offered “works” to corroborate His claims, so that even His enemies did not have to rely merely on His words—if they would but honestly reason to the only logical conclusion (John 10:24-25,38). The proof was of such magnitude that one Pharisee, a ruler of the Jews, even admitted: “[W]e know that You are a teacher come from God; for no one can do these signs that You do unless God is with him” (John 3:2).

Nevertheless, there are always those who, for one reason or another, refuse to accept the law of rationality, and who avoid the warranted conclusions—just like those who side-stepped the proof that Christ presented, and attributed it to Satan (Matthew 12:24). Christ countered such an erroneous conclusion by pointing out their faulty reasoning and the false implications of their argument (Matthew 12:25-27). The proof that the apostles presented was equally conclusive, though unacceptable to many (Acts 4:16).

The proof in our day is no less conclusive, nor is it any less compelling. While it is not within the purview of this brief article to prove such (see Warren and Flew, 1977; Warren and Matson, 1978), the following tenets are provable: (1) we can know (not merely think, hope, or wish) that God exists (Romans 1:19-20); (2) we can know that the Bible is the verbally inspired Word of God, and intended to be comprehended in much the same way that any written human communication is to be understood; (3) we can know that one day we will stand before God in judgment and give account for whether we have studied the Bible, learned what to do to be saved, and obeyed those instructions; and (4) we can know that we know (1 John 2:3).

By abandoning the Bible as a literal, inerrant, infallible standard by which all human behavior is to be measured, the scientist has effectively rendered biblical religion, biblical faith, and New Testament Christianity sterile—at least as far as his or her own life is concerned. Once the Bible is dismissed as “figurative,” “confusing,” or “incomprehensible,” one has opened wide the doors of subjectivity, in which every man’s view is just as good as another’s. The more sophisticated viewpoint may be more appealing, but it remains just as subjective and self-stylized. 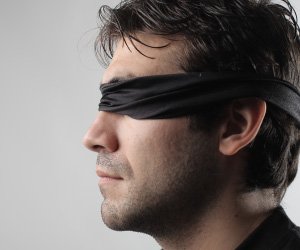