“In some ways, Hiasl is like any other Viennese: He indulges a weakness for pastry, likes to paint and enjoys chilling out watching TV.” This line introduces an article written by William Kole of the Associated Press. The twist to the article is that Hiasl, who the author says is “like any other Viennese,” is not a human being—he is a chimpanzee (2007).

Animal rights activists have banded together in an attempt to have Hiasl, a 26-year-old chimpanzee, granted legal personhood. Eberhart Theuer, a lawyer fighting for Hiasl’s personhood status, stated: “Our main argument is that Hiasl is a person and has basic legal rights. We mean the right to life, the right to not be tortured, the right to freedom under certain conditions” (as quoted in Kole, 2007). Theuer and his associates need Hiasl to be regarded by the law as a person so that the chimp can own property and thus receive donations from people who want to pay for Hiasl’s living expenses. Without legal personhood, Hiasl could be sold outside of Austria, where strict animal cruelty laws protect chimps (2007).

Granting an animal personhood could “set a global legal precedent,” according to Kole. It is interesting, however, that the article deals only with granting personhood to “apes.” In fact, Kole noted that Austria is not the only nation considering such novel ideas. “Spain’s parliament is considering a bill that would endorse the Great Ape Project, a Seattle-based international initiative to extend ‘fundamental moral and legal protections’ to apes.”

The underlying assumption involved in such legislation is that the apes are closely related to humans from an evolutionary standpoint. Since, according to evolution, humans are simply a higher degree of animal, and not a different kind of being, then animals that seem to exhibit physical similarities to humans deserve to be treated like humans. Such thinking, however, fails to grasp the reality that humans are not a higher animal, but are beings of a completely different nature than animals. Only humans have been endowed with souls and created in God’s image (Genesis 1:26-27). If humans are simply glorified animals, why should apes be given personhood status, but not all other animals? Many dogs show an aptitude for learning tricks, cows quickly learn feeding schedules, elephants have an amazing memory, rats can navigate mazes, fleas jump long distances, mosquitoes rapidly suck blood, and certain roaches make great pets and sell for thousands of dollars. Shouldn’t these sub-human animals be granted legal personhood based on their supposed evolutionary relationship to humans?

In truth, no animals deserve human rights. God gave the animals to humans to use. He even permits humans to eat animals (1 Timothy 4:4). And, while God expects humans to treat animals in a way that accords with the animals’ purpose (Proverbs 12:10), He does not consider animals to be people, nor does any rationally thinking human. Outlandish attempts to blur the lines of personhood are little more than evolutionary propaganda drenched in misplaced 21st-century sentimentalism. If activists need a cause, why don’t they fight for the rights of thousands of unborn humans who are being slaughtered on a daily basis in abortion clinics across the globe? 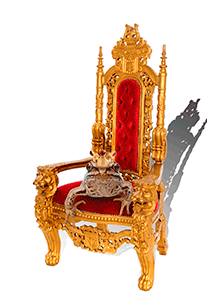