A Four Million Dollar Piece of Evidence for God’s Existence

A ten-pound, four million dollar technological wonder connected to the shoulder of Claudia Mitchell makes her the first “bionic” woman in the world. After losing her left arm, Mitchell received a prosthetic limb specially designed to work using nerve impulses from her body (Davis, 2006).

On September 14, 2006, Mitchell unveiled the new arm in a Washington, D.C. news conference. Mitchell’s doctor, Todd Kuiken, head of neural engineering at the Rehabilitation Institute of Chicago, has done some amazing things to make this seemingly futuristic bionic arm a reality. Kuiken and his team were able to move nerves into Mitchell’s chest, disconnect those nerves from actual muscles, and connect them to sensors in the bionic arm, so that “six muscles in Mitchell’s chest now move six motors in the bionic arm” (2006).

New bionic technology such as that connected to Mitchell is taking prosthetics to new heights. With Mitchell’s new arm she can perform everyday tasks such as “folding a pair of pants without first stretching them on a flat surface,” and she can “open a spaghetti jar and hold it up at an angle and use a spoon to empty it out” (2006). Yet, for all that can be done with the advanced machinery, Kuiken still calls the arm “clumsy,” noting that the technology needs more precision and sensitivity (2006).

When considering Kuiken’s statement about the “clumsy” bionic arm, one is forced to consider that the arm is clumsy when compared to an actual human arm. But such an idea carries with it a profound implication. If humans have spent millions of dollars and thousands of hours, using the most advanced technology available, to produce a “clumsy” functioning prosthetic limb, then the human arm that outperforms the bionic one must have been designed and engineered by a higher intelligence than that possessed by the engineers of the bionic limb. An honest observer cannot refute such a conclusion. A “clumsy” four million dollar bionic arm is yet another reminder that an Intelligent Designer exists, and that the human body designed by Him is “fearfully and wonderfully made” (Psalm 139:14). 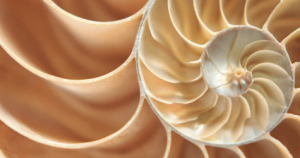