Were Plants or Humans Created First?

Were plants or humans created first?

Most knowledgeable Christians read this question and immediately recall what Genesis 1 teaches: plants were created on day three (vss. 9-11) and humans on day six (vss. 24-31). Skeptics, however, have long criticized Genesis 1 and 2 as being contradictory. According to Bible critic Dennis McKinsey, “God made the fruit trees on the third day and created man three days later” in Genesis 1, but in Genesis 2 “God made man before the fruit trees” (1984, 22:1, emp. added). McKinsey’s criticism centers on Genesis 2:8-9a: “The Lord God planted a garden eastward in Eden, and there He put the man whom He had formed. And out of the ground the Lord God made every tree grow that is pleasant to the sight and good for food.” Allegedly, these verses contradict the chronology of Genesis 1:9-11,24-31.

The main reason that skeptics see disharmony in the events recorded in the first two chapters of the Bible (especially regarding the order of God’s creation of vegetation and man) is because they fail to realize that Genesis 1 and 2 serve different purposes. Chapter one (including 2:1-4) focuses on the order of the creation events; chapter two (2:5-25) simply provides more detailed information about some of the events mentioned in chapter one.

Consider a basketball announcer who, from beginning to end, tells of every point that each player scores in a particular game. After the game, however, the statistics are tallied, and the announcer informs the audience who scored all of the points, from most to fewest. Whereas earlier, the points were all announced in the precise order in which they were scored (and by whom), later, the results are presented non-sequentially. 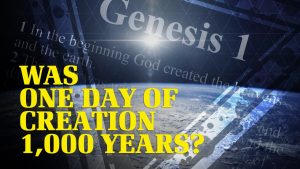 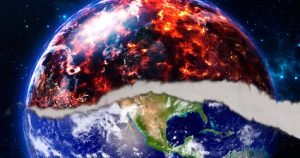 Is the Gap Theory Linguistically Viable?