Life is in the Blood

There is an amazing verse in Leviticus 17:11 that says, “For the life of the flesh is in the blood….” As we look at the bloodstream of human beings, we learn what a great truth this is.

To nourish or feed your body’s cells, red blood cells carrying oxygen float with protein, vitamins, minerals, and other things in a liquid called plasma. Each cell of your body has a “shopping list” of what it needs. The bloodstream delivers just what is ordered.

To protect you, “soldiers” called white blood cells attack germs that may enter the bloodstream. They will even “herd” the enemy germs into one place so they can be destroyed easier. Some white cells die in the battle. But don’t worry, many new ones will be made to replace them. Certain white blood cells clean up the dead germs and “soldier cells.”

Most of the time, the white blood cells win the battles against germs. Often, the battle is fought and won and you do not even know there was a problem.

If you cut your finger or are hurt, round objects called platelets rush to patch the cut so you will stop bleeding. Then the blood gets busy repairing the wound with a substance called fibrin. Fibrin does not float in the bloodstream all of the time, because it would plug it up; so it is made only as needed.

All of the things which make up your bloodstream are carried inside “pipes” called arteries, veins, and capillaries. The heart pumps blood into the arteries, which work like little muscles stretching and tightening to make sure the blood flows in a steady stream. Next, the blood travels through tiny capillaries, which are so small the red blood cells must pass through in single file. Finally, blood flows back to the heart through veins, helped out by the muscles of your body that squeeze the veins. Before the blood is sent on its way again, the heart sends it to the lungs where it picks up fresh oxygen.

Without the blood’s work of nourishing and protecting us, we would surely die. The life of the flesh is in the blood! The Bible is always right. The One Who designed blood gave us the Bible. Remember: Where there is a design, there must be a designer. What a Great Designer our Creator is! 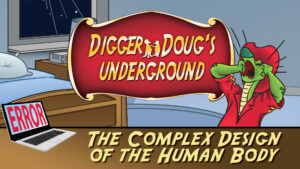 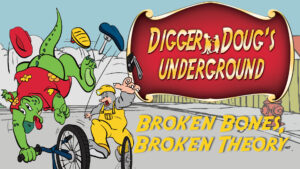