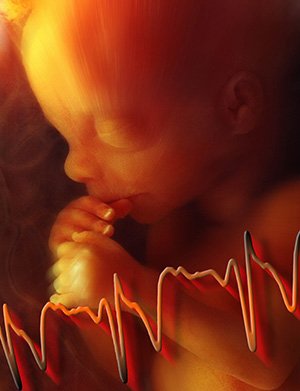 Going to heaven should be your greatest goal in life. As Christians, our lives should reflect this goal. The Bible paints a picture of heaven as being the greatest place. At the same time, the greatest possession that anyone could own is something that you already have. Actually, it is something you possessed even before you were born (and were still inside your mother). Neither of your earthly parents could have provided it for you, but only your heavenly Father. What is the greatest possession that you had before birth and that was given to you by God? The answer is—your immortal soul.

The human race is extremely unique in many aspects, but the greatest and most important is the spiritual imprint of God—our souls. We know that we are God’s special creation, even when we were still inside our mother. Isaiah wrote on the Lord’s behalf: “Thus says the Lord who made you and formed you from the womb, who will help you” (44:2). The bodies that we see everyday, which we so often spend time taking care of, will one day pass away and return to dust. Yet, our soul will not pass away like our physical body, but will live on and “return to God, who gave it” (Ecclesiastes 12:7).

As humans, we are also unique from the animal kingdom that God created. God has made us superior to any animal. Nowhere in Scripture does it speak of an animal being created in the image of God or having an immortal soul. Humans were given authority over the animals, and were given permission to kill the animals for food (Genesis 9:3). However, God made it clear that humans were not to murder other humans (Genesis 9:6). Why can we kill an animal, but not another human? The reason is that animals were not made in the image of God. Man is made in the image of God, and even is described as “the offspring of God” (Acts 17:29).

Although every human on Earth possesses this extraordinary gift from God, not all who have it will go to heaven (Matthew 7:13-14). God does not want anyone to be lost, but wants everyone to be with Him in heaven (2 Peter 3:9). However, God does not make the decision for us. He has given us a choice to obey Him and have salvation, or turn away and be lost. Where our soul goes depends on the choices we make.