Why Discuss the Age of the Earth

Age of the Earth Creation Creation vs. Evolution
From Issue: Discovery 11/1/2009

Through the years, many Christians have questioned the importance of discussing the age of the Earth. Does it really matter if the Earth is thousands or billions of years old? What is the big deal? What does the Earth’s age have to do with Christianity?

First, the Bible teaches that God’s creation is relatively young. Although this truth certainly is not the main theme of Scripture (that honor belongs to our Lord Jesus Christ), Christians should respect this Bible teaching, just as we should respect all other inspired facts. For example, when God says that Methuselah lived to be 969 years old (Genesis 5:27), we should believe what He says. When Jesus says that Jonah was swallowed by a great fish (Matthew 12:40), we should take Him at His word. And, when the Bible teaches that the Earth is only five days older than man, we should confidently accept this truth. All Christians should respect what God’s Word says about any subject, including the age of the Earth.

Second, the age of the Earth is extremely important to the creation/evolution debate. How so? Evolutionists admit that one of the things that could disprove their theory is “a young Earth.” Evolutionists maintain that their theory cannot work without billions of years of time. Thus, if the Earth is relatively young (measured in thousands of years), their multi-billion-year theory crumbles.

As a result, one should expect that, since the Bible teaches the Earth is young (and not billions of years old), Christians would use God’s Word, along with many scientific facts supporting a young Earth, to disprove the General Theory of Evolution. Bible believers who choose not to make use of such information in their defense of Creation are rejecting one of the weapons the Creator has given us to confront the ungodly, unscriptural theory of evolution. The fact is, the age of the Earth is a very important topic to discuss in the 21st century, and Christians should never be ashamed to talk about the subject 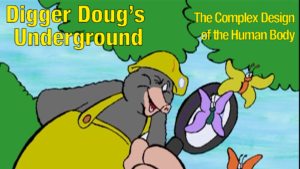