Why Did God Postpone the Writing of the New Testament? 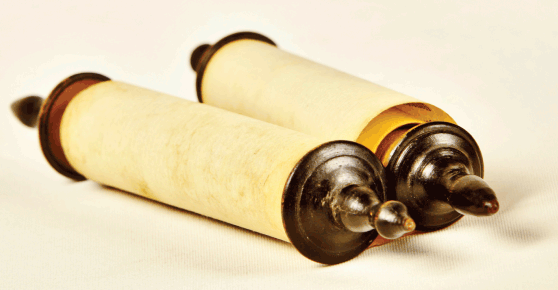 Why did God wait approximately 20 years after the church was established to begin writing the New Testament? Why such a long span of time?

Normally when we discuss the penning of the New Testament, we do so in view of the fact that God inspired men to write about Jesus and His will for the church within only about 20-65 years of the Savior’s death and resurrection. Perhaps even more impressive is the abundant amount of evidence for the New Testament’s first-century origin. Due to the volume of ancient manuscripts, versions, and citations of the New Testament documents, even many liberal scholars have conceded that the New Testament must have been completed by the end of the first century. Whereas the extant copies of Plato, Thucydides, Herodotus, Tacitus, and many others are separated from the time these men wrote by 1,000 years, manuscript evidence for the New Testament reaches as far back as the early second century, which has led most scholars to rightly conclude that the New Testament is, indeed, a first-century production (cf. Lyons, 2007; Bruce, 1953, p. 16; Geisler and Nix, 1986, pp. 408,475; Comfort and Barrett, 2001). As Irwin H. Linton stated regarding the gospel accounts: “A fact known to all who have given any study at all to this subject is that these books were quoted, listed, catalogued, harmonized, cited as authority by different writers, Christian and Pagan, right back to the time of the apostles” (1943, p. 39).

The simple, straightforward answer is that we cannot say with certainty why God waited two decades to begin penning the New Testament. [NOTE: Conservative scholars generally agree that the earliest written New Testament documents, including Galatians and 1 and 2 Thessalonians, were likely written between A.D. 48-52.] We could ask any number of questions regarding why God did or did not do something: Why did God wait some 2,500 years after Creation and some 1,000 years after the Flood to write a perfect, inspired account of these events? Why did God only spend 11 chapters in the Bible telling us about the first approximately 2,000 years of human history and 1,178 chapters telling us about the next 2,000? Why did God discontinue special, written revelation for over 400 years (between Malachi and the New Testament)? There are many questions, even specific ones about the makeup of God’s written revelation, that remain unanswered, yet God simply has not revealed this information to us.

Having made that disclaimer, we can suggest a few logical reasons why God waited to inspire first-century apostles and prophets to pen the New Testament. First, the early church had the treasure of the Gospel “in earthen vessels” (2 Corinthians 4:7), meaning the apostles were miraculously guided by the Spirit in what they taught (Galatians 1:12; 1 Corinthians 2:10-16). The Spirit of God guided them “into all Truth” (John 16:13). Also, those on whom the apostles chose to lay their hands in the early churches received the miraculous, spiritual gifts of prophecy, knowledge, wisdom, etc. (Acts 8:14-17; 1 Corinthians 12:1-11). Even though the church lacked the inspired writings of Paul, Peter, and John for a few years, God did not leave His new Christians without direction and guidance. In a sense, they had walking, living New Testaments. When the miraculous age ended (1 Corinthians 13:8-10; see Miller, 2003), however, the church would need some type of continual guidance. Thus, during the miraculous age, God inspired the apostles and prophets to put in permanent form His perfect and complete revelation to guide the church until Jesus’ return (cf. 2 Timothy 3:16-17).

Second, it was necessary for God to delay the writing of the New Testament, instead of penning it immediately following the church’s establishment, because the books and letters that make up the New Testament were originally written for specific audiences and for specific purposes (though they are applicable to all Christians). For example, the epistles that Paul wrote to the church at Corinth could not have been written until there was a church at Corinth. If the church at Corinth was not established until the apostle Paul’s second missionary journey (ca. A.D. 49-52), then Paul obviously wrote to the Christians in Corinth after this time. Furthermore, since in 1 Corinthians Paul dealt with specific problems that had arisen in the church at Corinth (e.g, division, immorality, etc.), he could not have explicitly addressed these matters in detail until after they had come to pass. Thus, there was a need for time to pass before the New Testament documents were penned.

Although some may be bothered by the fact that God waited approximately 20 years to begin penning the New Testament through His inspired writers, we can rest assured that He had good reasons for this relatively brief postponement. Admittedly, God did not explicitly indicate why He delayed putting His last will and testament in written form. Yet logical reasons exist—most notably, the fact that the documents that make up the New Testament were written to specific peoples and for specific purposes.