Muhammad was born in Mecca, Saudi Arabia in A.D. 570. His father died before he was born, and his mother died when he was six-years-old. So he lived with his grandfather. When his grandfather died two years later, he lived with his uncle. Muhammad’s childhood was spent like that of other boys of his own age, tending sheep and goats in the solitary seclusion of the hills and valleys surrounding Mecca.

At the age of 25, Muhammad married a 40-year-old, wealthy widow named Khadijah (cha-DEE-juh). Muhammad was able to retreat from the hustle and bustle of city life one month a year to a cave in Mt. Hira, a desert hill a few miles north of Mecca. The month was Ramadan, the month of heat. It was at this location in A.D. 610 at the age of 40 that Muhammad claimed he received a revelation from Allah. The messenger of Allah who supposedly brought him the revelation was the angel Gabriel. Muhammad claimed that over the next 23 years Gabriel brought him 114 revelations. These messages (called surahs) from Allah were eventually recorded in a book named the Quran, which means “the reading” or “the recitation.”

Within Muhammad’s hometown of Mecca is the Ka‘bah (KA-buh), a cube-shaped building that Arabs believe was built by Abraham and Ishmael. Muslims believe that an angel brought a celestial stone to Abraham, and that Abraham and Ishmael placed it into the eastern corner of the Ka‘bah. Allah then told Abraham to make a pilgrimage to Mecca. Over time, however, the Arabs grew idolatrous and used the building as a shrine dedicated to many pagan gods. Muhammad’s tribesmen were the guardians of the Ka‘bah, and hosted an annual pilgrimage made by Arabs from all over the country. 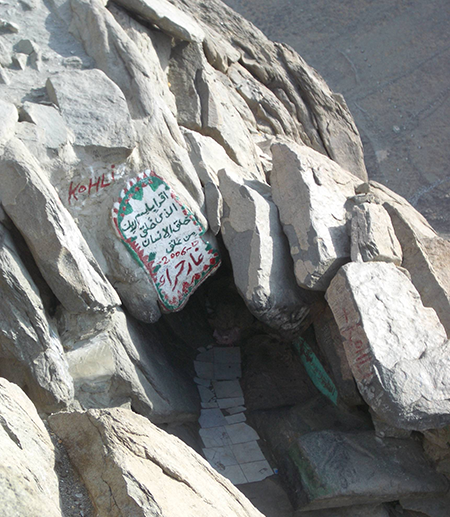 Muhammad claimed that one night as he was sleeping, Gabriel awakened him and told him to climb onto Buraq—a heavenly horse. The two of them then flew to Jerusalem—to the site of what is now the Muslim mosque Dome of the Rock. Then they flew up through the “seven heavens” into the presence of Allah. Here Muhammad claims to have received the instruction for Muslims to offer prayer five times per day.

Muhammad soon found himself in direct conflict with the people of his mother tribe, the Quraysh (coo-RY-ish). As the ruling tribe of Mecca, the Quraysh were the guardians of the Ka‘bah and its pagan religion. Since Muhammad rejected their religion, they began to persecute him. He eventually had to flee his hometown to avoid being killed by the city leaders. In A.D. 622, he fled from Mecca to Medina. This migration is referred to by Muslims as the Hijra (HEEJ-ruh) and marks the beginning of the Islamic Calendar.

As Muhammad’s military strength began to grow, the Muslims fought their first battle with non-Muslims in the Battle of Badr. Though outnumbered, the Muslims were victorious, and reported that Allah had sent angels to fight alongside them. That same year, Muhammad claimed to receive a revelation ordering him to change the direction that Muslims face during prayer—from Jerusalem to Mecca. All Muslim mosques today have a prayer-niche called a Mihrab (MEER-uhb) that points the direction of Mecca.

Throughout these years, Muhammad and his army engaged in many battles. He also added many wives to his harem. He led a final pilgrimage from Medina to Mecca at the age of 63. In June of A.D. 632, he died of an unknown illness.

Muhammad was succeeded by Caliphs (rulers) who continued his efforts to spread Islam. During these years, a major disagreement among the Muslims resulted in a split. Some believed Muhammad’s successors should be family descendants of Muhammad. These became known as the Shi‘ites (SHEE-ites). Those who thought the Caliph could be chosen by the community became known as Sunnis.

In the meantime, Islamic armies invaded Syria and Iraq, Jerusalem, Egypt, Persia, North Africa, and Spain. In A.D. 732, Islamic forces crossed the Pyrennes Mountains and entered France. Armies that claimed to be Christian, led by Charles Martel, managed to halt the Islamic advance into Europe at the Battle of Tours. Islamic forces also pushed to the east of Arabia into India and to the edge of China, conquering Afghanistan and Pakistan, as well as parts of Asia. Eventually, various tribes from Turkey became the major force in Islam. They established the Ottoman Empire around 1453 with its capitol at Istanbul (formerly Constantinople), finally declining by World War I. Today, the false religion of Islam is reasserting its influence in the world—largely through immigration and terrorism. 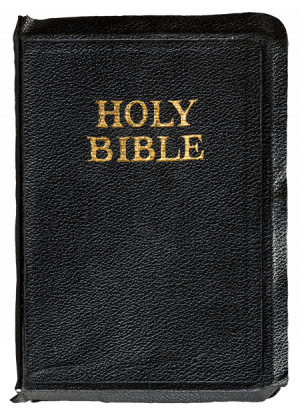 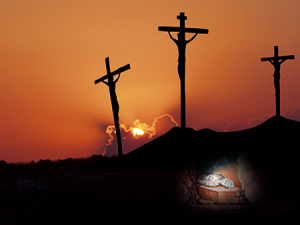