Who Said It Was Right or Wrong? 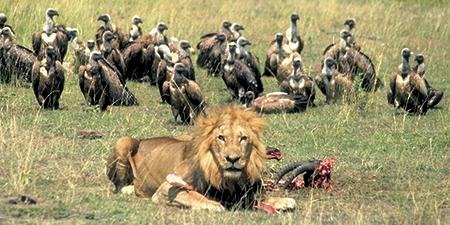 It doesn’t take a genius to understand that some things are universally right, some things are universally wrong, and some things are neither. We all know that it is not generally wrong in the United States to wear shoes in someone’s house. In some countries, however, people might be very offended if you don’t take off your shoes upon entering their home. In America, it is commonly accepted that belching at the dinner table is rude, but in a few countries it is polite to burp after finishing a meal. These are examples of traditions that are not universally accepted.

At times, people do not agree on the exact way to decide whether something is right or wrong. But it is undeniable that some things are right and other things are wrong, regardless of the country or state in which you live. For example, the average human understands that it is wrong to murder another human. If a man walked into your house and killed your whole family just because he “felt like it,” he would be punished severely because what  he did was wrong. But why? Who said it was “wrong”? And why is it that humans feel obligated to help a two-year-old child that has been hit by a car? Who says this is the “right” thing to do?

The atheist has only one way of explaining why certain things are wrong and other things are right—“this ability (somehow) originated within man.” However, since atheists view man as having evolved from animals during a long process of evolution, this becomes a problem. A lion does not feel any guilt after killing a gazelle for its dinner, and a dog does not feel any shame after stealing a bone from another dog. Yet man, who supposedly evolved just like the lion and the dog, feels both guilt and shame when he commits certain acts that violate accepted standards of right and wrong. How could this be if man is nothing more than a “naked ape”? The simple fact that we are writing about morals proves that morality—which is found only in humans—must have been given to humans by God.

The reason why people throughout the world believe that murder and stealing (among other things) are wrong is because God created mankind with a sense of morality (which helps us know what is right and wrong). He also gave humans rules to follow from the very beginning of time (read Genesis 4 and 9:6). We must carefully study these rules, which are found in the Bible, so that we can know what is right and what is wrong.