Where Did Peter Deny Christ? 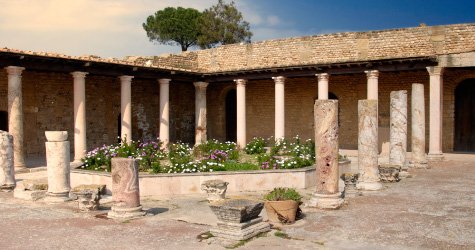 Whereas John recorded how, after Jesus’ arrest, He was first taken to Annas, Matthew omits this part of the trial of Jesus, and jumps ahead to when Jesus was taken to Caiaphas. Matthew places Peter in the high priest Caiaphas’ courtyard when he denied Christ three times (26:57-58,69-75). [NOTE: Both Annas and Caiaphas are referred to as the “high priest” (cf. Luke 3:2). Caiaphas served as high priest from around A.D. 18 to 36, while his father-in-law, Annas, had held this position from about A.D. 6 to 15, “and was still called ‘high priest’ by many” (Robertson, 1930, 1:203).] John records the  events in the following way.

So where exactly did Peter deny Christ? Was his first denial in the courtyard of Annas, while the second and third denials took place at the court of Caiaphas’? If so, why do Matthew, Mark, and Luke not mention that this is where Peter’s first denial took place?

First, John does not specifically indicate that Peter’s first denial was in the courtyard of Annas. John wrote that Jesus was led

to Annas first, for he was the father-in-law of Caiaphas who was high priest that year. Now it was Caiaphas who advised the Jews that it was expedient that one man should die for the people. And Simon Peter followed Jesus, and so did another disciple. Now that disciple was known to the high priest, and went with Jesus into the courtyard of the high priest. But Peter stood at the door outside. Then the other disciple, who was known to the high priest, went out and spoke to her who kept the door, and brought Peter in (John 18:12-16, emp. added).

It is assumed that because John mentions Peter’s first denial before Annas brought Jesus to Caiphas and his second and third denials afterwards, that John was implying Peter’s first denial was in the courtyard of Annas. However, such could not be proven; the Bible writers did not always write things in a strict sequential order (see Lyons 2005).

Second, it is possible that Annas was visiting his son-in-law Caiaphas, and thus were in the same palace the night Jesus was arrested. Jesus could have easily appeared before both of them at different times, while Peter was in the courtyard of the house denying his Lord. It may even be, as commentator Leon Morris proposed, that “Caiaphas and Annas shared the same palace” (1995, p. 665). That is, “Annas had apartments in the same palace with Caiaphas” (McGarvey, n.d., p. 696).

Whatever the case may be, there is no verified contradiction here. There are many possible, perfectly acceptable scenarios that might explain why John mentioned Peter’s first denial while Jesus was being questioned by Annas, and Peter’s second and third denials following Jesus’ appearance before Caiaphas.