When God Destroyed the World

The Old Testament tells a sad but true story about people who no longer loved God, and who had made up their minds that they would not obey Him any more. The story begins in Genesis 6, where the writer, Moses, said: “Then the Lord saw that the wickedness of man was great in the earth, and that every intent of the thoughts of his heart was only evil continually” (6:5). People were sinning against God more and more. Finally, God had had enough, and announced that He was going to destroy the entire world! The Bible says: “And the Lord was sorry that He had made man on the earth, and He was grieved in His heart. So the Lord said, ‘I will destroy man whom I have created from the face of the earth, both man and beast, creeping thing and birds of the air, for I am sorry that I have made them’ ” (Genesis 6:6-7; read also Genesis 6:11-13). God decided to send a flood that would cover the whole earth, and kill all the people and land-living animals on it (Genesis 6:17).

Can you imagine an Earth filled with people who were so evil that God decided to destroy all of them? Fortunately, there was one man who was not evil. His name was Noah. Genesis 6:9 says that Noah was a man who “walked with God.” This means that he was righteous, and tried hard not to sin like everyone else. God promised to save Noah, and his family.

But Noah had to do his part if he wanted to be saved. God told Noah how to avoid being killed in the flood, and how to help save some of the animals. Noah was commanded to build a large boat called an ark. God’s instructions to Noah were very specific. He told Noah to build the ark out of gopher wood, and to cover the boat inside and out with a substance called “pitch,” which comes from trees and is similar to sap. The pitch would help prevent water from oozing between cracks in the boards. God also told Noah to build the ark with three different decks, and lots of different stalls for the animals and birds that would make the voyage. The ark was to have one door, and one window.

God had said that He would let the people on the Earth live only 120 more years before He destroyed them (Genesis 6:3). Noah must have worked on the ark much of that time. The Bible says that around the time when he was 500 years old, he had three sons (Shem, Ham, and Japheth). The Bible also says that God sent the flood on the Earth when Noah was 600 years old (Genesis 7:11).

Eventually, Noah’s work was finished, and God caused the animals and birds to come to Noah so he could load them into the ark for their safety (Genesis 6:19; 7:9). A few days later, God sent the Great Flood. It rained for 40 days and nights, and waters from beneath the Earth’s surface began to break through the ground and rise as well (Genesis 7:11-12). Eventually, water covered the whole Earth (Genesis 7:19).

Noah, his family, and the animals and birds that were on the ark with them, were kept safe by God. The Bible says that “God remembered Noah, and every living thing, and all the animals that were with him in the ark…” (Genesis 8:1). This does not mean that God forgot Noah. It means that God was protecting Noah. But all the people, and all the land-living animals and birds, outside the ark died (Genesis 7:21-23). It must have been a terribly sad time for Noah and his family members. Their homes had been destroyed; their friends had all been killed; and the Earth they once knew had been altered forever by the Great Flood.

At the same time, however, they must have been glad to be alive. Eventually, the ark landed on the mountains of Ararat. After about a year, all the people and animals left the ark and began to make a new home for themselves. Noah offered sacrifices to God, as His way of saying “thank you” to God for saving him and his family. For His part, God promised that He would never destroy the Earth again by water, and He placed a rainbow in the heavens to remind mankind of that promise (Genesis 9:8-17).

The Great Flood was over. Noah and his family could begin rebuilding their homes, and their lives. But as they did, everything around them must have reminded them of the horrible events that had occurred in their lifetimes. Today—whenever we see a rainbow in the sky—we should be reminded of three things: (1) sin against God is a terrible thing that we should try to avoid; (2) it is important to obey God; and (3) God always keeps His promises. Noah learned these lessons, and so should we. 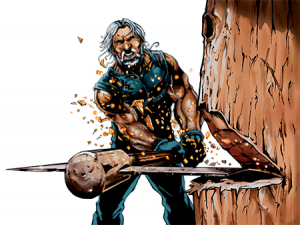 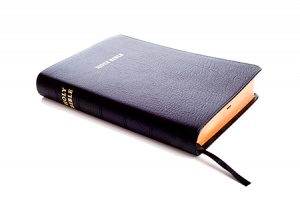 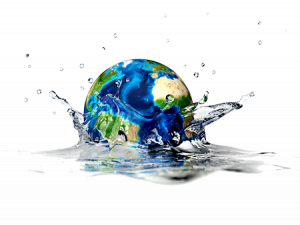