What You Need to Know About "Quotation" Marks in the Bible

Bible Culture Inspiration of the Bible Languages
From Issue: Discovery 5/1/2016

Quotation marks can often be very beneficial. They help us know exactly when a person is speaking. They also help us understand exactly what a person has said. Did the husband merely say that he loved his wife, or did he tell his wife: “I love you more than life itself”? Did Abraham Lincoln state, “About 90 years ago, our dads started a country,” or did he actually say, “Four score and seven years ago our fathers brought forth on this continent a new nation”? Quotation marks can help us know the difference between an actual quote and a paraphrase of what was said.

Do you remember in 2 Kings 5 when the Israelite servant informed Naaman’s wife that Elisha could heal Naaman of his leprosy? The Bible says that Naaman went and told the king of Syria, “Thus and thus said the girl who is from the land of Israel” (2 Kings 5:4). But Naaman obviously did not approach the king of Syria and literally say the words, “thus and thus.” Rather than repeat what the girl said to Naaman’s wife, the inspired writer of 2 Kings summarized Naaman’s statement to the king with the words “thus and thus.” Yet, because these words appear within quotations marks in certain modern translations, some might misinterpret the encounter. Do you see how careful we need to be when interpreting “quotations” from the Bible and other ancient books written thousands of years ago?

Many times in Matthew, Mark, Luke, and John, the Bible writers recorded statements made by Jesus while He was on Earth. Though Bible writers frequently recorded the same statements, they are not exactly (word-for-word) alike. For example, Matthew recorded that Jesus told Satan, “It is written again, ‘You shall not tempt the Lord your God’” (4:7). But Luke wrote: “It has been said, ‘You shall not tempt the Lord your God’” (4:12). Although this difference is considered minor, and is referring to the same thing (the Old Testament), Matthew and Luke still recorded Jesus’ statement using different words. Why? Why did Matthew, Mark, Luke, and John not always record the words of Jesus exactly alike? 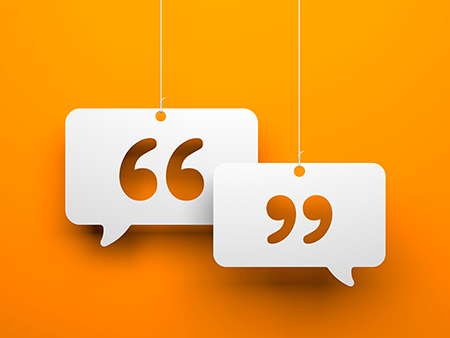 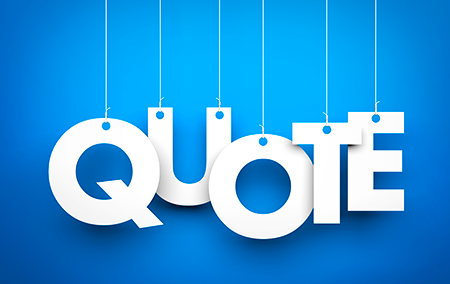 First, it is possible that some differences throughout the Gospel accounts are due to Jesus having made both statements. It is unwise to think that every similar statement recorded by the Gospel writers must refer to the exact same moment in time. In the example of Jesus responding to Satan’s temptation, it may be that Jesus repeated the same thought on the same occasion using different words. After telling Satan, “It has been said, ‘You shall not tempt the Lord your God,” Jesus could have stressed the point again (especially if Satan repeated the temptation) by saying, “It is written, ‘You shall not tempt the Lord your God.’” So as you can see, Jesus could have made both statements.

A second reason why differences exist among the “quotations” of Jesus is because the writers’ purpose was to record precisely what the Holy Spirit wanted, but not necessarily word-for-word what Jesus said. Under the guidance of the Holy Spirit (2 Timothy 3:16-17), one writer may paraphrase a person’s words, while another writer may quote the exact words. Similar to how two different, but honest, newspaper reporters can give true accounts of the same event using different words, the Bible writers could give accurate accounts of what Jesus said to mankind, especially considering they were guided “by the Holy Spirit” (2 Peter 1:21).

Throughout the Bible, you will find accurate statements that Jesus and others made, but not necessarily the exact quotations. Keep in mind, however, that inspired summaries of what someone said do not take away from the truthfulness of the God-given Scriptures, nor your ability to apply those Scriptures to your life.