What Should We Call the Church?

A visitor to this Web site recently wrote our offices inquiring about the name that the universal Church should wear. In a day when millions of church-goers are naming themselves after everything from angels to men to religious offices and activities (with many churches apparently feeling like the more bizarre they are, the better), this gentleman’s e-mail was refreshing to read. It was evident that he and those of the church where he worshipped had a desire to be called, not the latest trendy name or whatever denominational name their great-great-great…grandparents wore, but whatever God wants them to be called. What does God want the Church to be known as? If a congregation of the Church is going to put a sign outside of their meeting place, or put their contact information in phone books and on the Internet, or have an official name on the books at the court house, what name should the Church wear?

There is only one place to turn to find out what followers of Jesus Christ should be called: God’s Word (see Butt, 2007). God created man, saved man, and has every right to tell man what to do and how to do it. The teachings of Jesus Christ and His apostles and prophets in God’s revealed Word is man’s ultimate authority and the book by which the world will be judged (Matthew 28:18; John 12:48; Colossians 3:17). If the saved want to please God in every area of their lives, including the religious name they wear, God’s Word must be consulted.

It is helpful, first of all, to understand something about the word “church.” The Greek word ekklesia, translated “church” in most English Bibles, was generally understood in the first-century Roman-ruled world simply to mean “assembly”—a gathering of people, whether for a secular or a religious purpose (Danker, et al., 2000, pp. 303-304; Thayer, 1962, pp. 195-196). Three times in Acts 19, Luke used the term ekklesia to describe a disorderly, secular assembly at Ephesus (vss. 32,39,41). The Septuagint translators used the term ekklesia more than 200 years before Christ in their Greek translation of the Old Testament to describe a group of 400,000 Israelite soldiers (Judges 20:2). In short, the word ekklesia was used before and after the time of Christ in reference to any kind of assembly. In the New Testament, however, it most often refers to obedient followers of Jesus Christ—those who have been called “out (Greek ek) of darkness into His marvelous light” (1 Peter 2:9, emp. added).

The Bible writers also referred to the “church of God” as the body or Church of Christ. Why would God’s Church be called Christ’s Church? Consider the following:

Sincere, open-minded, obedient followers of Jesus Christ (i.e., Christians—Acts 11:26) who read the New Testament wondering what they should call the Church of which they are members, will come to the following conclusion: Though God did not assign one particular title for the Church, there are biblical designations that Christians can wear “by faith” (Romans 10:17), namely “Church of God” and “Church of Christ.” [NOTE: This is not to say that everyone who wears one of these names is a faithful follower of Jesus Christ. Sadly, many who wear both of these names dishonor God with unscriptural acts of worship, a variety of false teachings, lukewarm lives, etc.) A faithful follower of Jesus Christ must be committed to assembling with Christians who not only wear a scriptural, non-divisive name, but also who practice authorized, unadulterated, New Testament Christianity (see Miller, 2007).]

Nowhere in the New Testament was the Church called Baptist, Methodist, Presbyterian, Lutheran, Pentecostal, Catholic, Guardian Angels’, etc. In fact, the Christians in Corinth were specifically warned about wearing divisive names that bring honor to men and imply that the Church is divided (1 Corinthians 1:10-17; cf. John 17:20-21). Sadly, millions of “Christians” around the world continue to call themselves by names other than those God has authorized in Scripture.

In addition to Scripture’s numerous examples of the Church being called God’s or Christ’s, common sense demands such biblical designations. Consider two examples.

When the Jewish Sanhedrin brought Peter and John before them not many days after the Church had been established (Acts 4) and inquired “by what name” they had been teaching, Peter exclaimed:

[B]y the name of Jesus Christ of Nazareth, whom you crucified, whom God raised from the dead, by Him this man stands here before you whole. This is the stone which was rejected by you builders, which has become the chief cornerstone. Nor is there salvation in any other, for there is no other name under heaven given among men by which we must be saved (Acts 4:8,10-12, emp. added).

The Bible may not give one official title for the Church, but both reason and revelation demand that Christians put off party names and simply call themselves after the One Who saved them. When Jesus comes back to receive His bride and take her home, she better be wearing His name and no one else’s.

Miller, Dave (2007), What the Bible Says About the Church of Christ, https://apologeticspress.org/pdfs/e-books_pdf/wtbsatcoc.pdf. 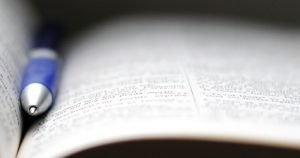 What Is a Pastor?